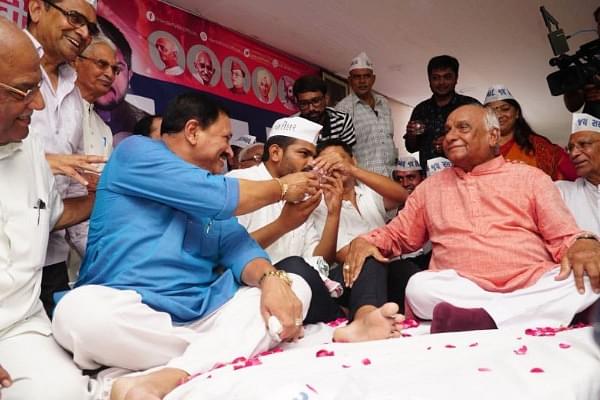 Hardik Patel, the leader of the Patidar reservation movement has ended his fast as the government has refused to bend before his demands, Mint has reported. His indefinite strike has ended after 19 days. Reservation for Patidars was the key demand of his indefinite fast.

Hardik Patel is the convenor of Patidar Anamat Andolan Samiti (PAAS) which had managed to reduce the victory margin of the Bharatiya Janata Party in the last assembly election conducted in the state.

While ending his fast, Hardik Patel said that his fight for Patidars and farmers would continue. He said that he would not โplay into the handsโ of those who wanted him dead. Reacting to Hardik Patelโs decision, Deputy Chief Minister of the state, Nitin Patel said that it was the right decision on the part of the quota leader.

A Congress delegation had earlier given a petition to the Chief Minister Vijay Rupani to initiate talks. Saurabh Patel, a minister in the government, had alleged that the fast was politically motivated and sponsored by Congress party.

Aam Admi Party, Trinamool Congress, Shiv Sena and Rashtriya Janata Dal, who have minimal or no presence in the state had supported Hardik Patelโs fast.