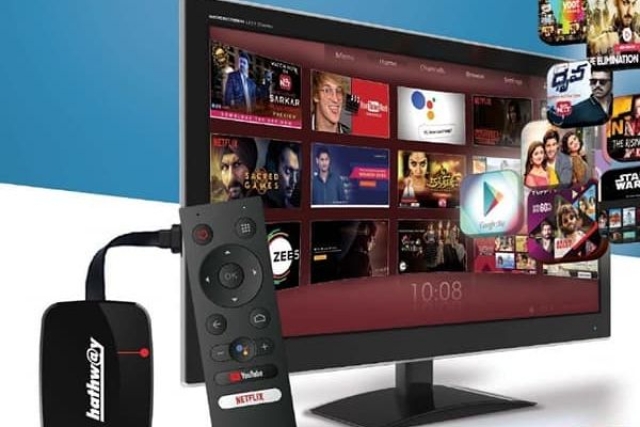 The company has announced that they would offer the Hathway Play Box to their subscribers in Chennai who chose 100 Mbps plans or above for two or more months. (image via Facebook)

Hathway Cable and Datacom have introduced an offer which would see their broadband customers get free Hathway Play Box Android TV device alongside long term subscription on broadband plans, the Telecom Talk reports.

The company has announced that they would offer the Hathway Play Box to their subscribers in Chennai who chose 100 Mbps plans or above for two or more months. Currently, Hathway offers four fibre based plans between 100 MBPS to 300 MBPS in Chennai starting from Rs 949 per month.

Subscribers would need to pay a minimum of Rs 2,847 for three months plan (100 MBPS) with 1TB FUB limit monthly. The higher the plan is priced, the better the speed is offered. The plan is confirmed to come to other cities like Hyderabad.

The Play Box Android TV Setup Box (STB) was launched by Hathway in January for Rs 2,999 and has Google Play Support to enable users experience Netflix, YouTube and Amazon Prime Video on it. Hathway also has plans to bring in support for other Over-the-top services (OTT) in the foreseeable future.