‘Have We Kept Our Warheads For Diwali’: PM Modi Calls Out Pakistan’s Nuclear Bluff 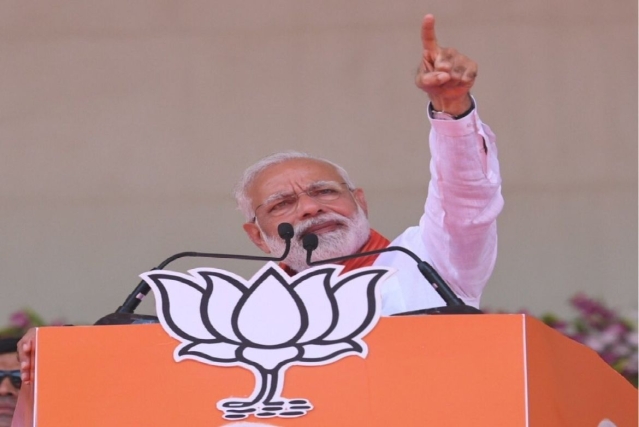 Calling out Pakistan’s nuclear bluff, Prime Minister Narendra Modi on Sunday (21 April) said that India has stopped the policy of getting scared of the neigbouring countries’ threats, reports India Today.

The Prime Minister, while addressing an election rally in Barmer of Rajasthan, asked that if Pakistan insists they have a nuclear button, then has India saved its own for Diwali.

#WATCH Prime Minister Narendra Modi in Barmer, Rajasthan: India has stopped the policy of getting scared of Pakistan's threats. Every other day they used to say "We've nuclear button, we've nuclear button".....What do we have then? Have we kept it for Diwali? pic.twitter.com/cgSLoO8nma

In an another rally on Sunday (21 April) in Patan of Gujarat, the Prime Minister said that he had warned Pakistan of consequences if it did not return Indian Air Force pilot Wing Commander Abhinandan Varthaman.

PM also asserted his government’s commitment towards national security and said whether the prime minister’s chair remains or not, he has decided that either he will be alive or the terrorists.