Healing Touch: 50,000 Temples Closed, Vandalised During Islamist Assault On Kashmir To Be Surveyed For Restoration 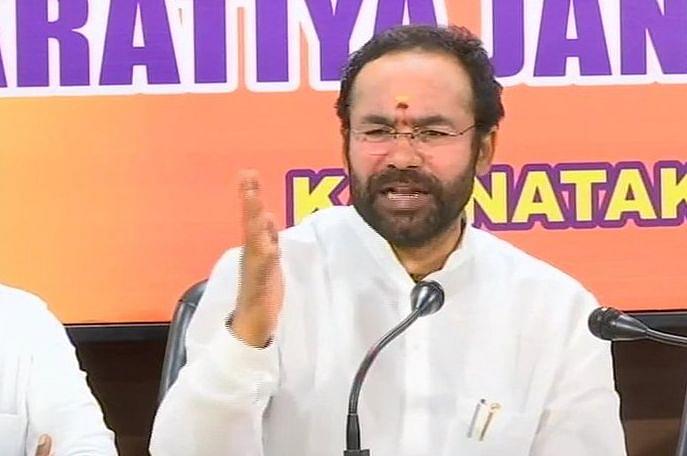 Union Minister G Kishan Reddy in Bengaluru announced today that the government has set up committee to survey number of closed schools in Kashmir valley and will reopen them.

He also added that around 50,000 temples were closed over the years, of which some were destroyed, and idols were defaced. “We have ordered survey of such temples,” he was quoted as saying by ABP Live.

The terrorism-ridden state had seen mass exodus of the Kashmiri Pundit community with rise of Islamist Jihadism in the 1990s. Several acts of violence, including eye-gouging, gang-rapes were committed against the Hindus in the valley.

According to the figures released by J&K government in 2012, around half of the temples in the state in the Valley were damaged in two decades.

“Of the 438 temples in the Valley, 208 had been damaged over the years,” the state government said in a written reply to the state assembly in response to the question by a BJP MLA.

Srinagar witnessed the highest number of acts of vandalism with 57 temples being damaged. Anantnag district came a close second with 56 temples having suffered the damage.

However, the then government led by Omar Abdullah remained silent on the question of who were the people carrying out vandalism and the damage. It didn’t blame the temple damages on the militants. On the other hand, Kashmiri Pundit organisations disputed the figures released by the government.

The desecration of temples as well as Hindu persecution in the Kashmir state have historical roots in Islamic invasion of the region. Several ancient temples including Martand Sun temple, Sharda Peeth were destroyed and idols desecrated by Islamic invaders, while the residents were forcibly converted.

Since the rapid and bloody ethnic cleansing which drove virtually the entire native Hindu community out of the territory, the Islamists have been systematically implanting Wahhabi/Salafi form of Islam in the Valley with the goals to establish an Islamic emirate.