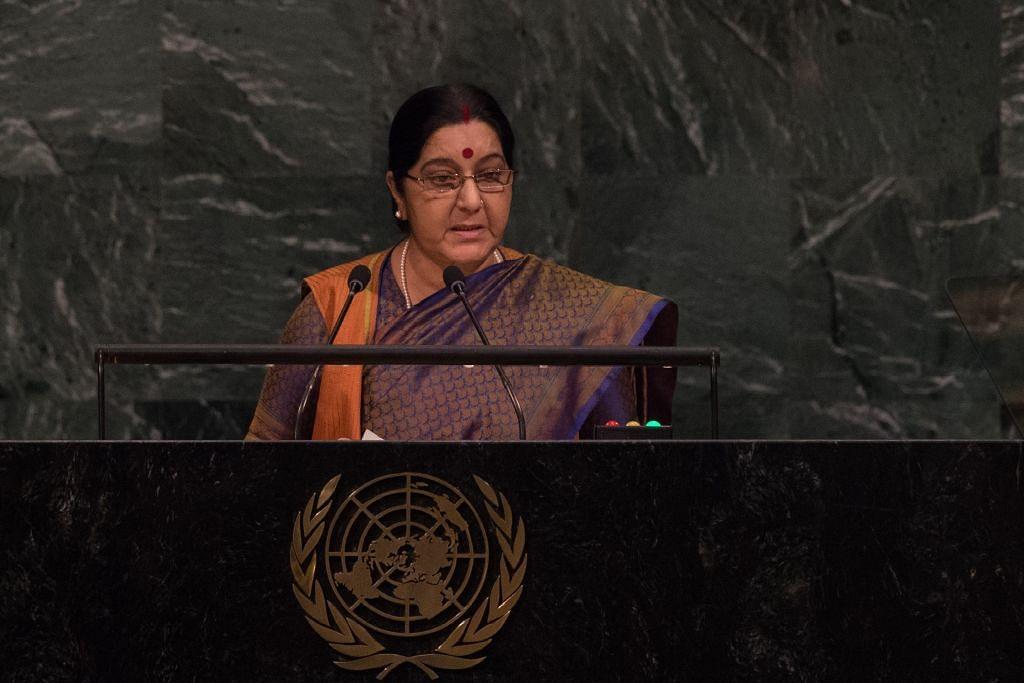 Union External Affairs Minster (MEA) Sushma Swaraj on Tuesday (7 May) slammed Congress general secretary Priyanka Vadra for accusing the Bharatiya Janata Party of being arrogant and said that it was Rahul Gandhi who showed height of arrogance by tearing his own government’s ordinance.

Swaraj, in a tweet, reminded Priyanka that her brother Rahul Gandhi had insulted the then Prime Minister Manmohan Singh by tearing apart the ordinance issued by the President, ANI has reported.

Priyanka, while speaking at a rally in Ambala, Haryana, had said, “The BJP needs to learn from the fate of Duryodhana from Mahabharata that this country has never forgiven the arrogant,"

"Priyanka ji, today you talked about arrogance. Let me remind you that when Rahul insulted his own Prime Minister Dr Manmohan Singh by tearing apart the ordinance issued by the President, it was the height of arrogance," Swaraj tweeted.

"What are you talking about? (kaun kisko suna raha hai)," she added questioning the track record of the Congress party on the issue.