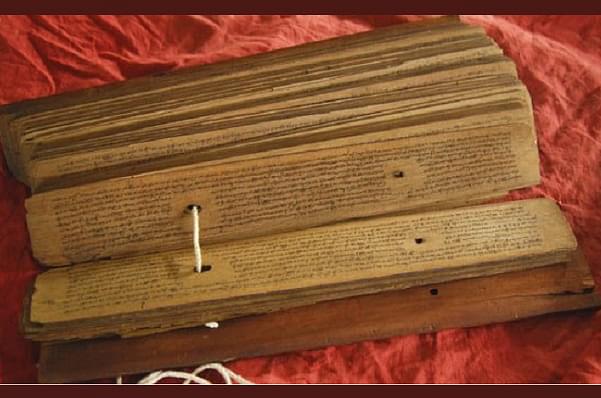 The original manuscript of Kautilya’s Arthashastra, one of the oldest books on governance, military strategy, politics, economics, justice, and the duties of rulers; lies neglected, and uncared for in a room without air conditioners or a dehumidifier, reports LiveMint.

The book, in the form of a palm-leaf document, is currently kept in Mysuru’s Oriental Research Institute (ORI).

S.A. Krishnaiah, a member of the institute’s committee was reported saying, “It is just kept in a cushioned box and wrapped in a cloth."

“You feel proud when you see it, but that’s quickly overcome by pain at how little it is cared for," he added.

In an interview to Livemint, he said that “Palm leaves can survive more than 1,000 years with or without treatment, but air-conditioners, dehumidifiers and coating with citronella oil is needed to extend their life".

“If there is anything to be done to protect the document from further deterioration, it has to start immediately and done scientifically,” he added.

The ORI was set up in 1891, as the Mysore Oriental Library. It housed thousands of Sanskrit palm-leaf manuscripts. Shamasastry, the librarian, examined these fragile manuscripts daily, to determine their contents and catalogue them.

In 1905 he discovered the Arthashastra among a heap of manuscripts. He transcribed, edited and published the Sanskrit edition in 1909. He proceeded to translate it into English, publishing it in 1915.

The manuscript was in the GRANTHA script. Other copies of the Arthashastra were discovered later in other parts of India.

It was one of the manuscripts in the library that had been handed over by 'a pandit of the Tanjore district' to the Oriental Library.

Until this discovery, the Arthashastra was known only through references to it in works by Dandin, Bana, Vishnusarma, Mallinathasuri, Megasthenes, etc. This discovery was "an epoch-making event in the history of the study of ancient Indian polity".

It altered the perception of ancient India and changed the course of history studies, notably the false belief of European scholars at the time that Indians learnt the art of administration from the Greeks.