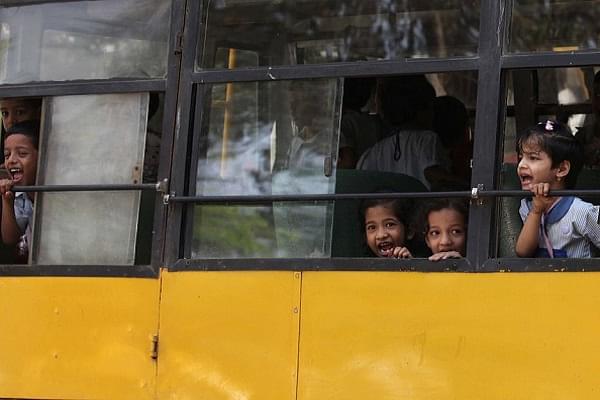 In a bid to ensure the safety of students, the Himachal Pradesh government has banned school buses older than 15 years and has fixed the maximum age of drivers to sixty, reported IANS.

"The government has decided to limit the life of all school vehicles to 15 years," a government spokesperson was quoted as saying. A notification to this regard had been issued by Principal Secretary (Transport) Jagdish Sharma last week.

Reports suggest that stringent rules came in the wake of a school bus accident in Nurpur town of Kangra district on 9 April that claimed 28 lives, including 24 children in the age group of nine to 12 years.

The new rules say that the drivers above 60 years of age will be disqualified from driving and a driver must have a minimum five-year experience of handling heavy vehicles.

The new guidelines will apply to all modes of transport, including buses and small vehicles like cabs and vans.

As per the notification, besides the provision of grills on the bus windows, each school vehicle must install a vehicle tracking system, CCTV cameras and a speed governor, limiting the vehicle to 40 km per hour.

The carrying capacity of each school vehicle should not be more than one, and a half times the seating capacity mentioned in the registration certificate. The driver and the conductor should also be neatly dressed and wear name tags.