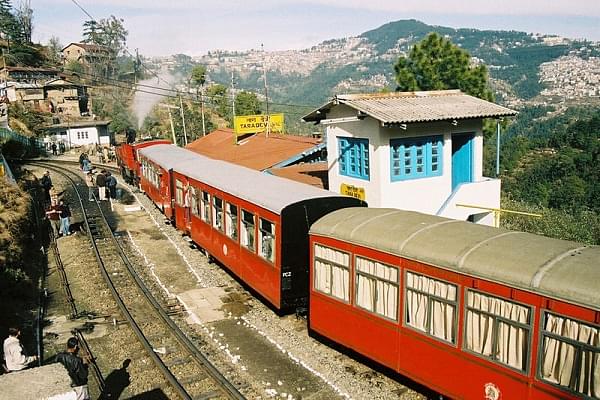 Poorly planned and unscientific excavation being done as part of the four-laning project to widen the Parwanoo - Solan highway is proving to be a serious threat to the UNESCO world heritage Kalka - Shimla railway track, which runs in parallel to the highway at several locations, reports The Tribune.

Around eight points along the Kumarhatti - Dharampur - Sanwara stretch of the highway have been identified where heavy digging work had resulted in landslides causing the track’s foundation to weaken.

The four-laning project is being undertaken by a private enterprise GR Infraprojects, which has been ordered to construct sufficiently tall breast walls to avoid damage to the track, which was built by the British administration 116 years ago.

The most vulnerable point of the stretch is near Koti where sandbangs are being used to prevent the situation from worsening, as the location had seen extensive soil erosion.

The current scenario is filled with risk for travellers using the highway, who have been exposed to the possibility of harm from loose boulders and trees, even when the monsoon had not arrived.

“The situation is so risky that even a JCB machine, engaged for excavation, got buried under debris and boulders at Tambu Mor late last evening. Several labourers had a narrow escape,” a commuter using the route regularly stated.

Project in-charge, GR Infraprojects, Debasis Patra, stated that it was not possible to raise the height of the breast walls within the scope of the present budget, and so they had requested additional funding from the National Highways Authority of India (NHAI).