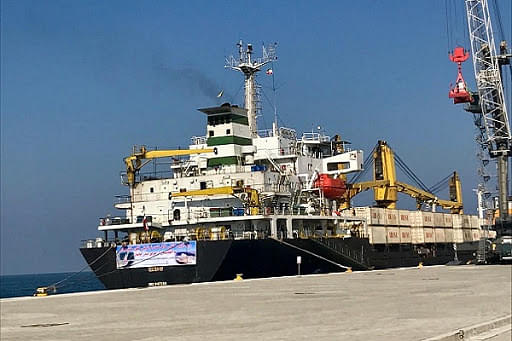 In a major boost to India’s Afghanistan strategy, Iran yesterday (Monday, 24 December) formally handed over control of operations at Chabahar port in its Sistan-Baluchestan province to India, reports Hindustan Times. The two countries are also in talks for further improving trade ties through a preferential trade agreement.

The port is crucial for furthering India’s regional interests in Central Asia as it allows the country to bypass Pakistan and maintain a supply line to Afghanistan via Iran from the sea. President Donald Trump’s administration had also recently taken note of India’s strategic interest in Chabahar and thus exempted it from the sanctions against Iran.

The handing over was done at the first meeting of the follow-up committee for the implementation of the trilateral agreement to develop the Chabahar port complex between India, Iran and Afghanistan. The Indian delegation was headed by Joint Secretary (Pakistan-Afghanistan-Iran) of the External Affairs Ministry Deepak Mittal, while the Iranian side was led by the deputy head of the Ports and Maritime Organisation Mohammad Ali Hassanzadeh.

Aqaei added that issues such as customs tariffs, encouraging customs transactions, as well as rail transport were also discussed at the meet.

The Chabahar Agreement was concluded in June 2015 and was accepted by Iran’s Guardian Council in November 2016. As part of the deal, Export-Import Bank of India (EXIM) is to extend a $150 million line of credit to Iran and $85 has been allotted for the supply of equipment needed to develop two births at the port complex.

In another promising news, head of the Asia and Oceania Trade Office of Iran’s Trade Promotion Organization (TPO) Mojtaba Mousavian revealed that India and Iran are on the verge of concluding a separate deal for ‘preferential trade’ between the two countries, and the pact could be implemented as early as next month, as reported by Mehr News Agency.

Each side could reduce tariffs on up to 80-100 items after the deal.