Hong Kong: China Threatens Use Of Military Might To Curb The Anti-Extradition Law Protests 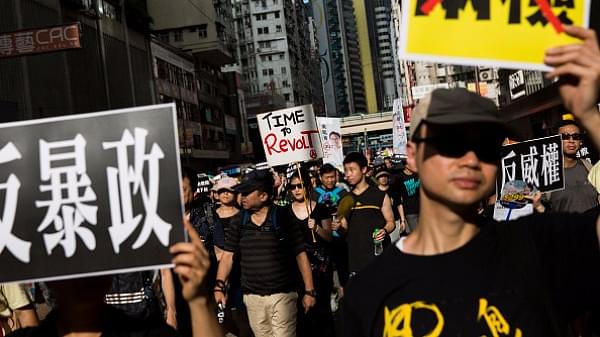 Condemning the ongoing protests in Hong Kong, a spokesperson of the China's defence ministry warned on Wednesday (24 July) that the city could call upon the Chinese military personnel stationed in it to intervene if necessary, reports Hong Kong Free Press.

Qian said that the defence ministry was “closely following the developments in Hong Kong,” especially the incident of “radicals attacking the China Liaison Office” on 21 July.

“These actions challenge the authority of the central government and the bottom line of One Country, Two Systems. They cannot be tolerated,” Qian added.

The development comes after several weeks of protests against the contentious extradition bill which would enable Hong Kong to handle fugitive transfer requests from jurisdictions including China.

As per the Chinese legislation, the Hong Kong government may, if found imperative, ask the government in China for assistance from the People’s Liberation Army (PLA) troops based in the city to maintain public order or to assist in disaster relief.