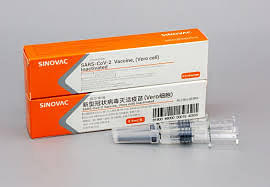 People who are vaccinated against Covid-19 with Pfizer BioNTech’s vaccine were found to have "substantially higher" levels of antibodies than those who received Sinovac vaccine, the South China Morning Post reported on Saturday (June 19), citing a major Hong Kong study.

The Hong Kong government-commissioned study was conducted by Hong Kong Univesity (HKU)’s school of public health. The study tracked the antibody responses of 1,000 people who received either vaccine. Supported by the Health and Medical Research Fund. The objective of the study was to estimate the incidence of natural infections over time and the level of population immunity due to infections and vaccinations.

Cowling also added that few individuals who received the Sinovac vaccine might need a third booster shot as well.

The BioNTech vaccine has been reported to have a 95 per cent efficacy rate, while the mark for Sinovac is 50.7 per cent.

Last week, health officials in Indonesia officials said that more than 350 medical workers have contract Covid-19 despite being vaccinated with Sinovac and dozens have been hospitalised.