Hostile Takeover Attempt? MindTree Promoters Battle To Save Firm As L&T Is In ‘Acquisition Overdrive’ 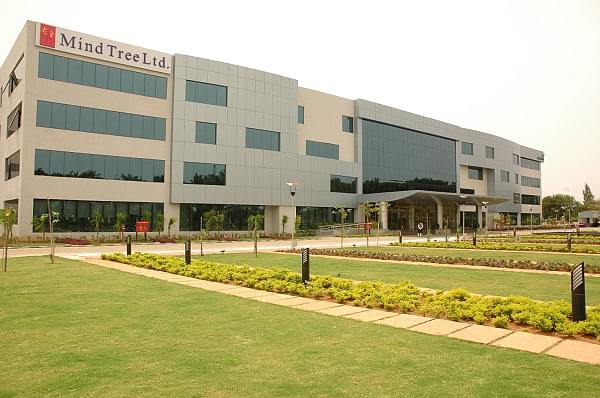 Larsen and Toubro Ltd (L&T) said on Monday that it has entered in to a definitive share purchase agreement to buy Cafe Coffee Day founder V G Siddhartha’s stake in MindTree Ltd for ₹3,269 crore, The Hindu Business Line reported.

Siddhartha and his two affiliate companies hold 20.32 per cent stake in Mindtree.
The announcement by L&T is likely to precipitate a further showdown with the Bengaluru-based company’s founders who are attempting to stall what is billed as India’s first hostile takeover of an IT serviced company. L&T also announced that it placed an order with its broker for on-market purchase of up to 15 per cent of share capital of MindTree at a price not exceeding ₹980 apiece.

If L&T succeeds in purchasing the stake, it will trigger an open offer, since SEBI takeover norms mandates that the potential acquirer should offer to purchase shares from the public once its stake crosses 25 per cent in a listed firm.
MindTree founders are fine-tuning their strategy to resist the takeover attempts.
On 15 March, the company’s board said it would consider the buyback option.

The company’s reserves as of now are around ₹2,800 crore. It means that it can allocate around ₹280 crore for the buyback of the company’s shares and also another ₹700 crore to buy another 25 per cent stake to take control of the company.
On Sunday, Mindtree co-founder and board member Subroto Bagchi rushed back to “save" his company from a hostile bid. He said he was resigning from his government job as chairman of the Odisha Skill Development Agency to help counter the takeover threat.

An imminent threat of hostile takeover of Mindtree has made me to resign from the Government to be able to go, save the company. I must protect the Tree from people who have arrived with bulldozers & saw chains to cut it down so that in its place, they can build a shopping mall.

Mindtree has not been designed as an âassetâ to be bought & sold. It is a national resource. It has a unique culture that humanizes the idea of business. It sets the standards of corporate governance. I need to be there in its time of difficulty. Hence the hard decision to return

It is a tough day for sure, but not a dark day in the history of Indian entrepreneurship. As first generation, hard working entrepreneurs, we will carry the burden of dreams. I will tweet to you again one last time to sign out of this handle, to tell you where to find me.

An imminent threat of hostile takeover of MindTree has made me resign from the government to be able to go, save the company," Bagchi tweeted. “I must protect the Tree from people who have arrived with bulldozers and saw chains to cut it down so that in its place, they can build a shopping mall," he added.