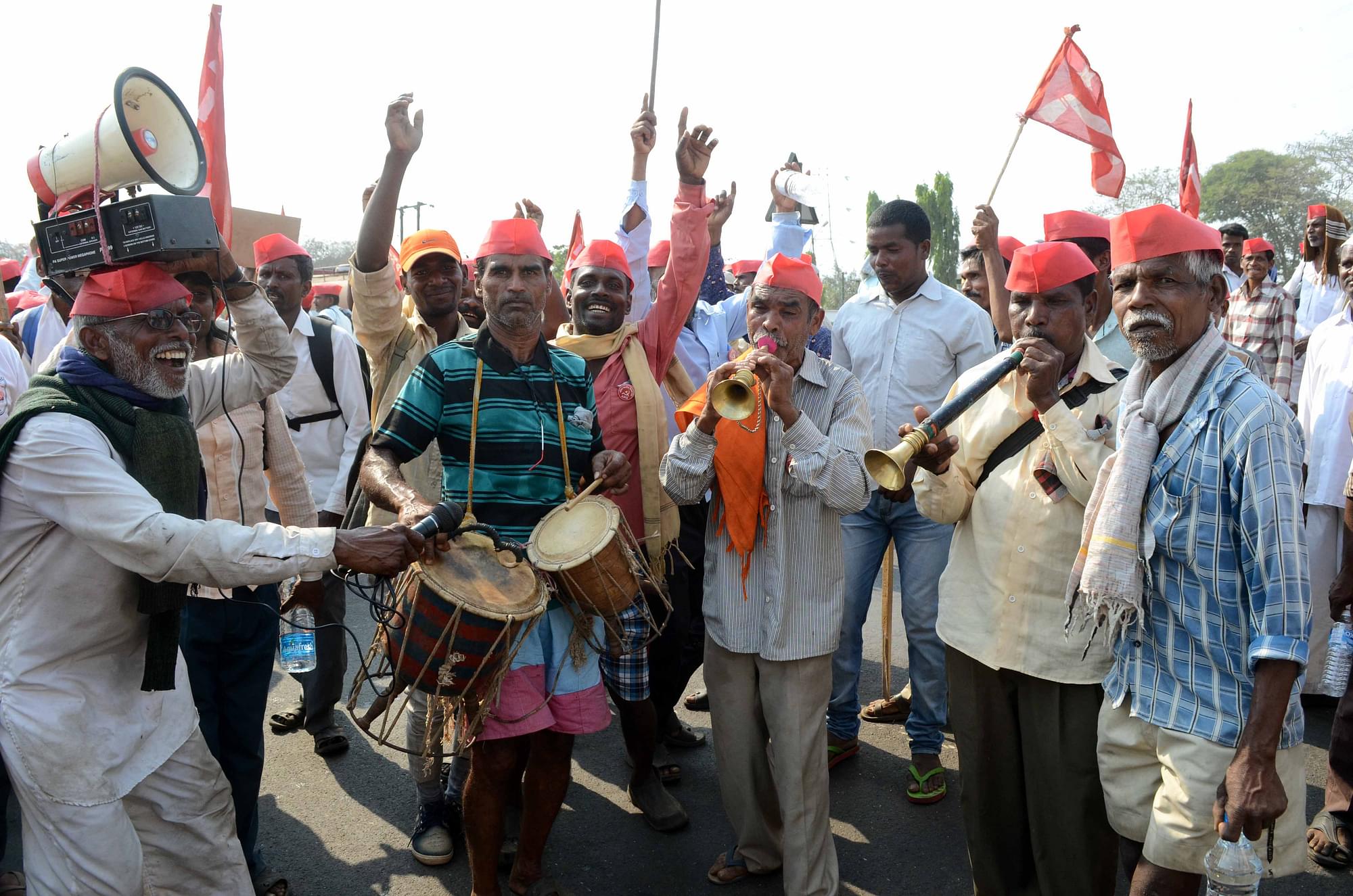 Krishnan, according to this report, belongs to Karivellur, a village in Kannur. "The uprisings in Karivelloor, Kayoor along with Punnapra Vayalar in Kerala are a great source of energy for uprisings across the nation. This march also gives an impetus to the decision of Kisan Sabha that it should have a presence in all the villages and all the farmers should be its members," he said.

Krishnan, in limelight now, is well known in students politics. In this interview, referring to the Bhoomi Adhikar Andolan (BAA), he had said, "Narendra Modi's rise to the national politics as prime minister has seen aggressive forms of exploitation and looting of common resources. We understood that it is important to make issue-based alliances with all other progressive social movements. A broad alliance against Modi's draconian land acquisition ordinance consisting of Left peasant organisations, Dalit and Adivasi organisations and social movements was built. This umbrella alliance called the Bhoomi Adhikar Andolan (BAA) formed during the agitation against the controversial land acquisition ordinance is quite active in several states now. For instance, it has taken up several issues in Gujarat, Rajasthan, Odisha, Karnataka, Madhya Pradesh, Chhattisgarh and Maharashtra. The Left Parties, including the CPI(M), have played a significant role in building resistance to the ordinance within Parliament and on the streets”.

Krishnan, member of the Central Committee of the Communist Party of India (Marxist) as an invitee, was president of JNU Students' Union, a leader of the Students Federation of India (SFI), and a member of the first Gender Sensitisation Committee Against Sexual Harassment (GSCASH).

In a response to a question on the presence of Maoists in the platform for the long march, Krishnan said, "Our approach to Maoism is that it is an issue which should be addressed politically. It is a fact that a lot of comrades are also killed by the Maoists. This is an agrarian uprising where all like-minded people are associating with it in order to fight against the anti-farmer policies. It may include organizations with ultra-Left ideologies such as CPI(ML). However, in no way, can we share the credit of this march with the Maoists”.