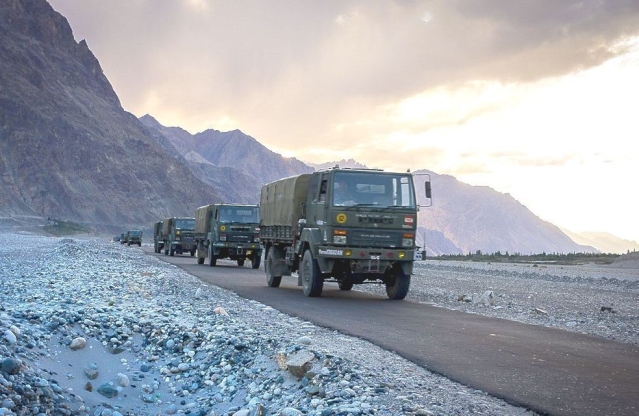 The Indian Army is engaged in a tense standoff with their Chinese counterparts at Ladakh for the past few months. Now, local villagers are coming to their aid by delivering them adequate supplies of essential items by scaling the peak of the Black Top.

According to a report by the Guardian, around 100 individuals from Chishul village in Ladakh are delivering fuel cans, rice sacks, bamboo canes, along with stuffed duffel bags to the tents of the Indian Army stationed in the region, as it braces for the winter ahead.

The temperatures are set to drop to negative 40 degrees Celsius in the in the coming months.

Tsering is a 28-year-old volunteer who is assisting the Indian soldiers with these stocks. The report quotes him as saying, “We want to help the Indian Army to secure their positions immediately. We are carrying supplies to them, doing multiple rounds in a day, to ensure that the army doesn't face too many problems.”

Chishul comprises merely 150 households and is situated quite close to the Indo-Sino border at eastern Ladakh.