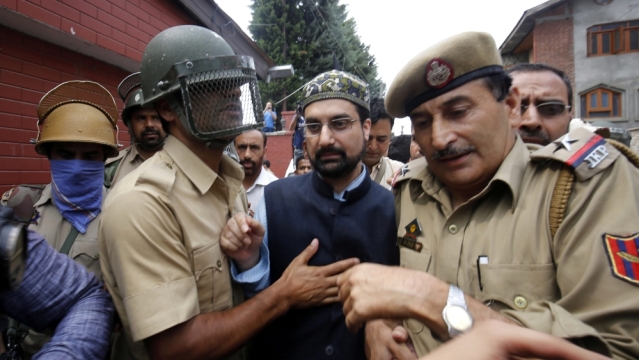 Separatist leader and Hurriyat Conference Chairman Mirwaiz Umar Farooq is among five detained Kashmiri leaders who have furnished a bond to the authorities for their release.

Top intelligence sources told IANS in Srinagar, "This has happened around a fortnight back. Separatist leader Mirwaiz Umar Farooq is among many other detained politicians who have furnished bonds to seek their release."

Apart from the bond, these politicians have given undertakings that once released from preventive detention, they would not indulge in any activity to create a law and order situation in the Valley.

It must be mentioned that three former Chief Ministers, Farooq Abdullah, Omar Abdullah and Mehbooba Mufti, are among nearly 40 mainstream politicians who were taken into preventive detention prior to the abrogation of Article 370 by the Parliament on August 5.