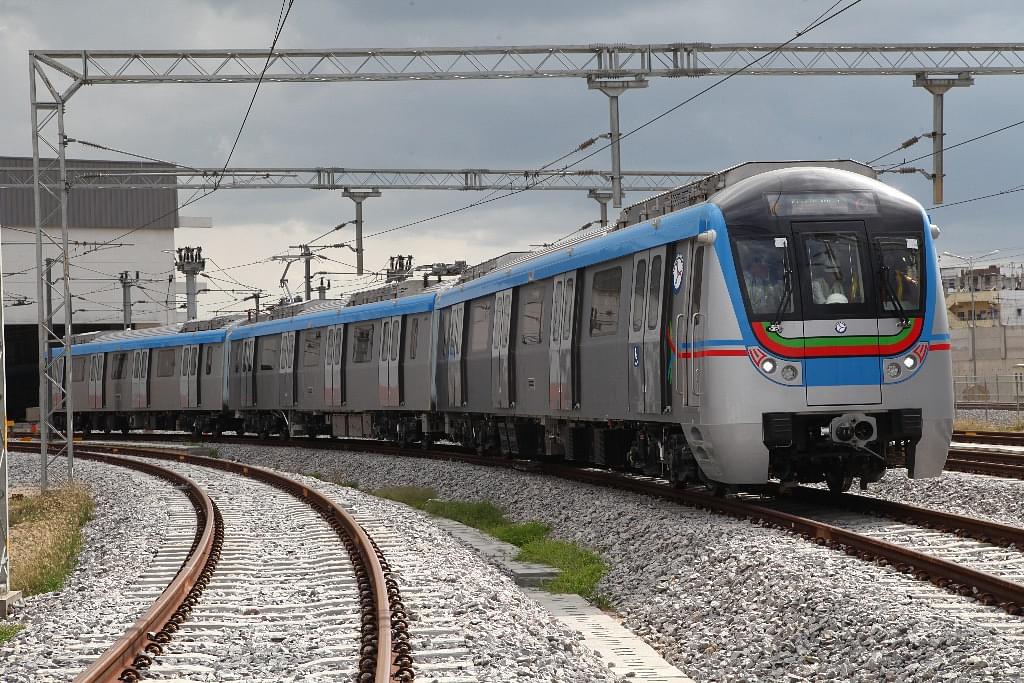 A Hyderabad Metro train at a depot (L&T HMRL)

The Hyderabad Metro has reported a surge in its daily ridership which had set its earlier record at 92,000 passengers per day. Larsen and Toubro Hyderabad Metro Rail Limited (L&T HMRL) which operates the system, has reported that the daily ridership has breached the one lakh figure to reach 1.5 lakh passengers per day, according to the Times of India. HMRL also announced that the daily number of trips had increased from 520 to 580.

Another significant change announced was the shift from single-use tokens to smart cards that have gone up by 50 per cent.

Hyderabad Metro was inaugurated in November 2017 with 24 stations across a 30 km stretch. In a bid to improve connectivity to the stations, HMRL introduced rented cycle services at 15 stations and electric vehicles at Miyapur station.