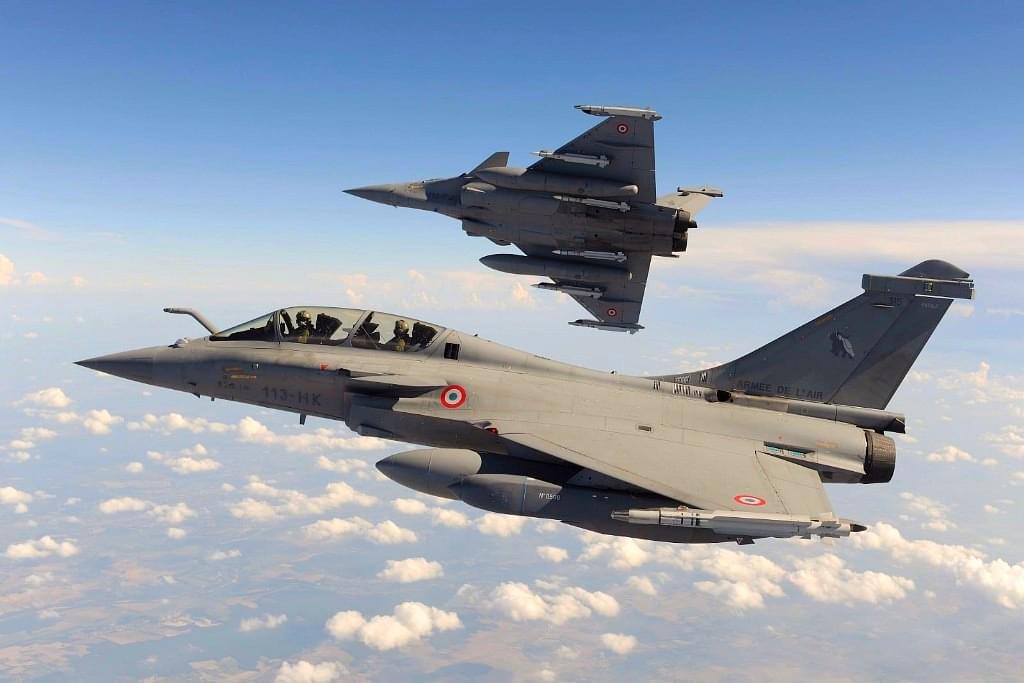 These India-specific enhancements include an Israeli satellite communications system, a low band jammer, towed decoy system, upgraded engine, additional modes in the radar and higher resolution in the Front Sector Optronics. By some accounts, these upgrades make the Rafale that India has contracted for better than the one inducted by the French Air Force.

7/12-Besides a low band jammer, towed decoy system, upgraded engine, additional modes in the radar and higher resolution in the Front Sector Optronics, there are new details available.

2/12-These India specific upgrades, ordered specifically on the request of the IAF, make the IAF Rafales more capable than what France operates.

The 36 Rafale fighter jets, which India contracted for in a deal with France in 2016 at the cost of nearly Rs 58,000 crore, will start arriving in the country in September 2019. With just one year remaining, the Indian Air Force (IAF) has been quietly preparing to welcome the new fighter jets.

According to The Hindu, the IAF has been readying the infrastructure required for the new fleet. Air Force stations in Haryana’s Ambala and West Bengal’s Hasimara will house a squadron (18 planes) each of Rafale fighters. The first squadron of the aircraft will be deployed at Ambala, a strategically located bases of the IAF nearly 220 km from the border with Pakistan. The base is also home to India’s Jaguar fighter-bomber fleet. To house Rafales at the base, the IAF is constructing hangers, hardened concrete shelters and maintenance facilities at these bases. The government has sanctioned Rs 400 crore for this purpose

The IAF has dispatched a six-member hand-picked team to France to train on Rafale fighter planes, Hindustan Times has reported. The team, which left for France on Sunday, has a fighter pilot, an engineer and four technicians. It will receive training at the Saint-Dizier air base in eastern France. According to an official quoted by the daily, the IAF will send multiple teams for training. These teams will be responsible for flying the aircraft back home, the official said.