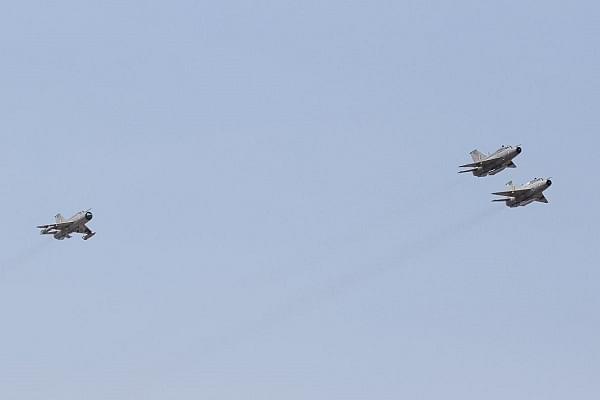 In a tragic development, a MiG-21 Bison fighter jet of the Indian Air Force (IAF) crashed in the Langeana village of Moga in Punjab on late Thursday (20 May) night, reports Hindustan Times.

As per the information available so far, the aircraft was on a routine training sortie when the accident happened. Squadron Leader Abhinav Choudhary who was flying the jet was killed in the tragic accident.

The IAF in a statement on Friday (21 May) said that the force condoles the tragic loss of Choudhary and stands firmly with the bereaved family. The Air Force has also ordered a Court of Enquiry to ascertain the cause of the accident.

"There was an aircraft accident last night involving a Bison aircraft of IAF in the western sector. The pilot, Sqn Ldr Abhinav Choudhary, sustained fatal injuries. IAF condoles the tragic loss and stands firmly with the bereaved family," the IAF said on Twitter.

The MiG-21 is a Russian supersonic fighter jet platform that has been in service with the IAF for multiple decades now. It was designed by the aerospace and defence major Mikoyan-Gurevich Design Bureau in the Soviet Union. The platform took its maiden flight long ago in 1955.