‘If We Give Trump Eight Years, He Will Forever, Fundamentally Alter Character Of USA’: Biden Launches POTUS Bid 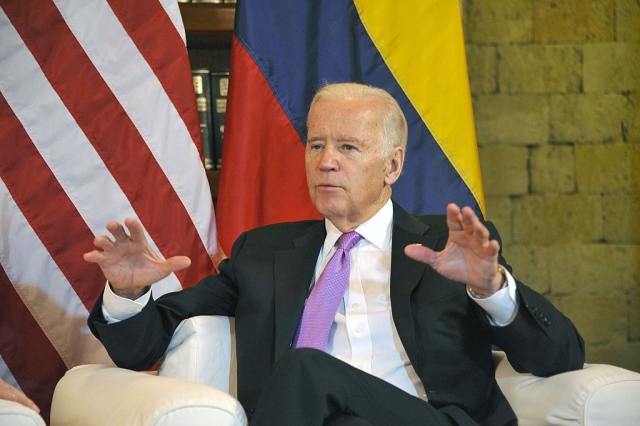 The 76-year-old, who has already run twice for the presidency, served as President Barack Obama's deputy for two terms.

Biden released a three-and-a-half-minute video in which he positioned himself as an amiable centrist statesman who will strive to unite the country and help heal the wounds that he says President Trump has inflicted on the country.

The video featured footage from the violent clashes between white supremacists and counter-protesters in Charlottesville, Virginia in 2017.

In the video, Biden reminds the viewers of Trump's ambivalent response to the 2017 riots including his controversial remarks that there are "very fine people on both sides".

“In that moment I knew the threat to this nation was unlike any I had ever seen in my lifetime,” Biden says in the video.

"With those words, the President of the United States assigned a moral equivalence between those spreading hate and those with the courage to stand against it," Biden goes on to say in the video.

Biden had delayed the launch of his presidential bid after multiple women alleged that he invaded their personal space and made them feel uncomfortable during his tenure as vice president. Biden subsequently apologised for his behaviour.

While Biden has consistently emerged on top in every national poll of Democratic primaries, many political observers believe that as someone perceived as a part of the Washington establishment, he is likely to face rough prospects in the election.

Also changing demographic profile of the Democratic grassroots support base is unlikely to be enthused or energised by Biden’s candidature.

As someone epitomising policy continuity and non-disrupt, Biden is likely to be attract huge funding from big donors, corporate groups and institutions. However this may also prove to to be a liability in the prevailing political climate in the US.