Assam: Illegal Rohingya Migrant Having Aadhaar, Other Documents Arrested 12 Years After He Infiltrated Into India 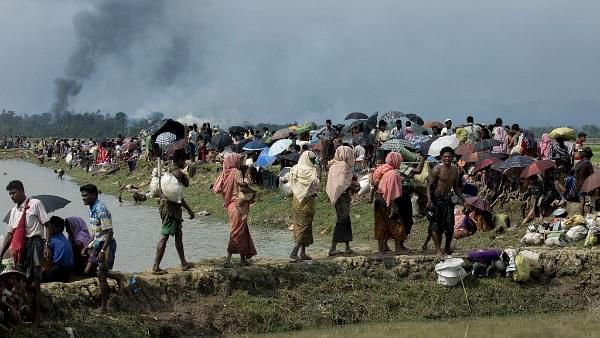 The security forces have arrested a Rohingya man, who had infiltrated into India 12 years ago, from Assam’s Cachar district, reports The New Indian Express.

According to the report, a joint team of Assam Rifles and state police arrested 45-year-old Alam Hussain Mazumder from the house of his in-laws at Bhagadar Betukandi village in Cachar district of Southern Assam’s Barrak Valley.

After Mazumder’s arrest, he was produced in a court which sent him to police custody for seven days. The police is conducting further probe in the case.

As per the report, locals claimed that his name had figured in the draft National Register of Citizens (NRC). However, the NRC authorities rubbished the claim.

Mazumder reportedly had various documents such as Pan Card, Aadhaar, bank passbook, voter ID card etc in his possession. His in-laws helped him obtain the documents by shelling out money.

Ever since the arrest of Majumder, his father-in-law Ajijur Rahman Laskar has gone into the hiding.

According to Mazumder, he had infiltrated into India from Bangladesh 12 years ago through the Karimganj border in Barak Valley. After getting married to Laskar’s daughter Resna Begum, he started living with them.