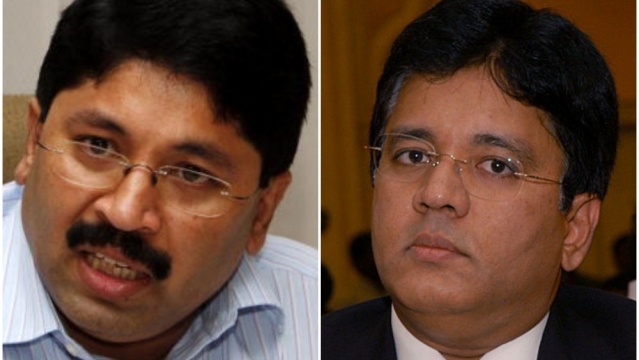 The Supreme Court has asked former Union Telecom Minister Dayanidhi Maran and his brother Kalanithi Maran to face the trial in the illegal telecom exchange case, upholding the order of Madras High Court, NDTV has reported. The apex court refused to interfere in the order and said, “These are matters to be decided in trial.”

While upholding the order of the high court, the apex court told Dayanidhi Maran, “The allegation is you have used phones for your brother's TV. You face the trial.”

Dayanidhi Maran is a leader of DMK, which suffered electoral defeats in 2014 Lok Sabha elections, as well as in the 2016 assembly elections, largely due to allegations of corruptions against its top leaders. After being discharged by a lower court, Maran had said that the discharge would erase the taint on the DMK. "I paid a heavy price. I resigned as Minister and lost elections. This is a big boost for the DMK. The party is a victim of witch hunt," he had said earlier.

The apex court order may come as a set-back for Maran and DMK after being acquitted in the 2G case and Aircel-Maxis deal case. Several accusations of alleged scams by ministers in the previous UPA government had shocked the nation, with Dayanidhi Maran being among the accused.