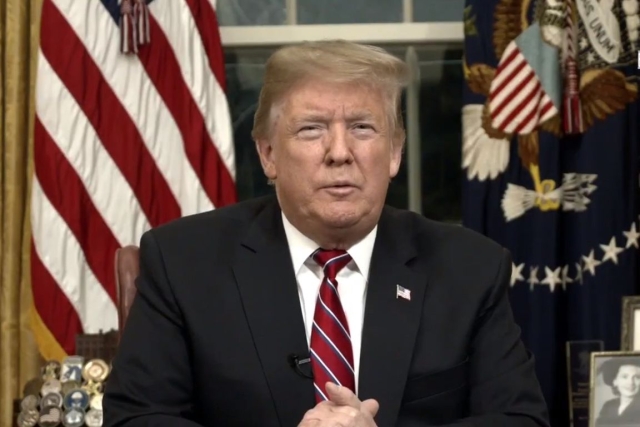 The United States on Thursday (14 February) released a statement condemning the heinous terror attack in Pulwama district of Jammu and Kashmir in which over 40 Central Reserved Police Force (CRPF) personnel were killed.

“The United States condemns in the strongest terms the heinous terror attacks by a Pakistan-based terror group which killed over 40 Indian parliamentary forces and wounded at least 44 others. We express our deep condolences to the victims’ families, the Indian government, and the Indian people for the loss of life in the brutal attack,” said the statement.

“The United States calls on Pakistan to end immediately the support and safe haven provided to all terrorist groups operating on its soil, whose only goal is to sow chaos, violence, and terror in the region,” it added.

The statement said that the Pulwama terror attack will strengthen US resolve to bolster cooperation between India and United States.

On 14 February, a terrorist of Pakistan-based terror outfit Jaish-e-Mohammad targeted a CRPF convoy with a car bomb at Awantipora in south Kashmir’s Pulwama district.

Following the dastardly attack, Prime Minister Narendra Modi on Friday (15 February) promised to punish forces behind the attack. “The blood of the people is boiling,” Modi stated while saying that a ‘strong response’ was coming.