In A First, ISRO Issues Expression Of Interest To Private Players For Production Of Five PSLV Launch Vehicles 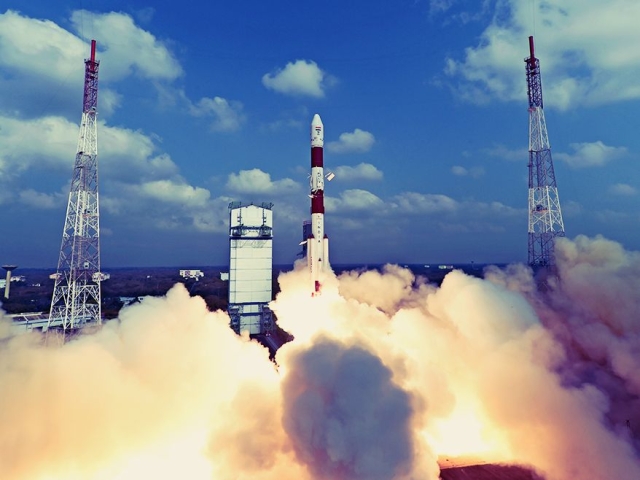 India’s national space agency Indian Space Research Organisation (ISRO) in its pursuit of PM Narendra Modi’s much vaunted Make In India goal has called for an Expression of Interest (EOI) from privates for production of launch vehicles, Economic Times reports.

“At this moment we have called for an EOI, and it is not open for any foreign firm. ISRO has been considering this for a while, and we think this will boost the Make-in-India initiative of the government” ISRO chief K Sivan said on Friday (16 August).

The agency wants to rope in privates for building five Polar Satellite Launch Vehicles (PSLVs) in a deal that a senior official valued at Rs 1,000 crore. Sivan however, did not comment on the value of the deal.

The newly instituted New Space India Limited (NSLI) has reportedly been tasked with overseeing the technology transfer from the government space agency to privates. Indian industry has traditionally been involved in the various programs initiated by ISRO.

Commenting on the readiness of privates to undertake such project, Sivan said, “We think they are. There are some big companies like HAL and L&T that already work with us on PSLV. We are confident that they will, together as a consortium, be able to participate in this process and deliver results.”

PSLV, often termed as the ‘workhorse’ of ISRO has been utilised by the space agency for numerous launches and has maintained a very good success record. A typical PSLV launch involves contributions from at least 150 big and small industries.