In Graphs: Modi Government Built More Highways And Rural Roads Than The UPA, And Did So Much Faster 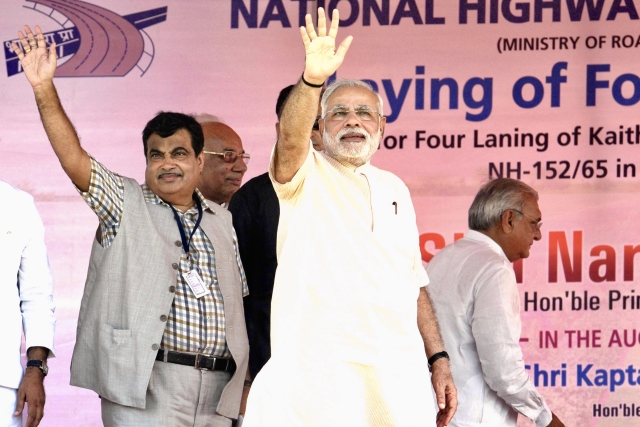 In its 2019 Sankalp Patra (document of resolution), the Bharatiya Janata Party (BJP) has promised to build 60,000 km of National Highways, take rural road connectivity to 100 per cent, operationalise 100 new airports in the county, modernise 400 railway stations, and cover 50 cities with metro networks.

The party had made similar promises in its 2014 election manifesto and managed to build more national highways and rural roads that the Congress-led United Progressive Alliance (UPA) government, and much faster.

The speed of construction of national highways also increased to 20.5 km per day from around 13.5 km per day during the UPA-II era.

The Modi government also seems to have fulfilled the promise of expanding the network of rural roads across the country under the Pradhan Mantri Gram Sadak Yojana launched by the Atal Bihari Vajpayee-led BJP government in 2000.

The speed of construction increased to nearly 109 km of roads constructed per day from 102 km per day during UPA-II and 89 km during UPA-I.

Interestingly, non-profit organisation Accountability Initiative has found that project completion time has also fallen from two years between 2008 and 2011 under UPA to less than six months in 2016-17 under the Modi government.