In Overt Belligerence Against Afghanistan, Pakistan Builds Military Post Several Kilometres Beyond The Durand Line 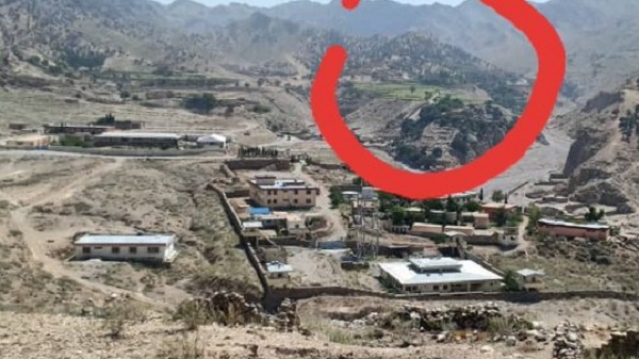 In another sign of blatant aggression towards its neighbours, Pakistan has built a military outpost which is several kilometres deep inside Afghan territory, being situated just a hundred metres from the headquarters of the Baba Dur district.

This shocking information was revealed by Afghan journalist Bilal Sarwary on Twitter. He included images showing the military outpost to prove his claim.

The Baba Dur district is situated in the Nangarhar province of Afghanistan, which is already suffering from a large-scale presence of terrorists from both the Taliban and the Islamic State.

Although the border between Afghanistan-Pakistan, aka the Durand Line, is now finally settled, this particular military outpost is a glaring breach of Afghan territorial sovereignty.

Apart from actual military presence on Afghan soil, Pakistan’s ISI also controls a number of proxy groups on the ground, including the Haqqani Network, Lashkar-e-Taiba and others. The Taliban’s own leadership is in fact based in Quetta, the capital of Pakistan’s Balochistan province.