In Pictures: IAF's Rafales Undergo Mid-Air Refuelling Over The Mediterranean Sea While On Route To India 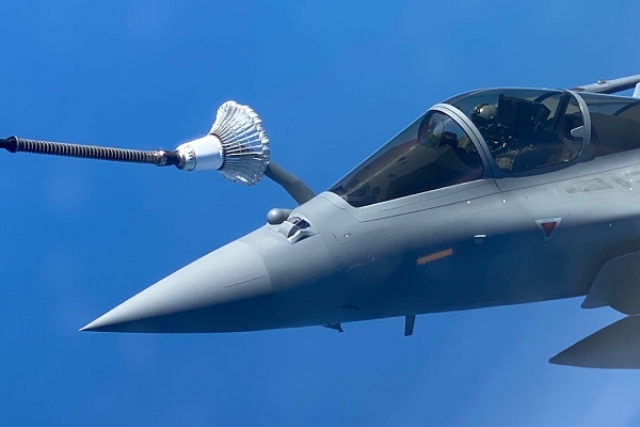 Rafales - the deadliest fighter jets acquired by India are currently on route to the Ambala Air Force Base from France and are expected to reach their destination by tomorrow (29 July) afternoon.

The jets flown by Indian Air Force (IAF) pilots were captured on camera undergoing mid air refuelling over the Mediterranean Sea with the help of a French Air Force Airbus A330 MRTT, ahead of their solitary scheduled stop at the Al Dhafra Air Force Base in UAE.

Here are a few pictures of the mid-air refuelling exercise which were shared by the Indian Embassy in France and Livefist.

The five fighter jets would cover a total distance of 7,000 kilometres from France to India.

Five additional jets have also been delivered by Dassault, and the India crew is currently undergoing training missions in France. All 36 jets are expected to be delivered by the end of 2021.