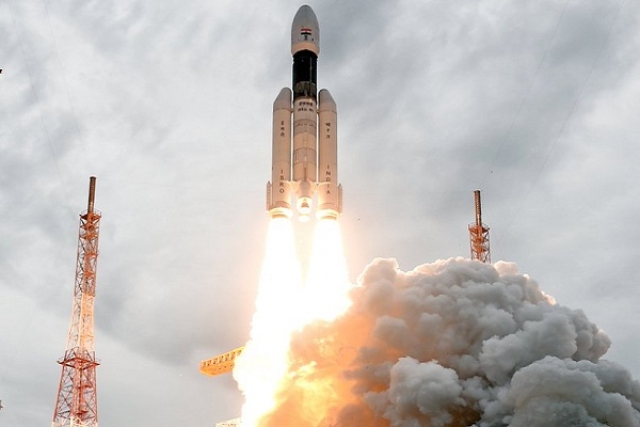 Here are the images released by ISRO capturing the thrust and power of the S200 solid rocket boosters, which along with the twin engine L110 and CE-20 cryogenic engines propelled the lunar rover into space.

Huge cloud of smoke rises up as S200 solid rocket boosters get engaged.

A lateral image of the GSLV lifting-off.

Chandrayaan-2 soaring into the sky.

The Chandrayaan-2 which is currently placed into the earth’s orbit, is expected to eventually have a soft landing on the moon’s south pole in about 48 days. All flight parameter are said to be normal.