India, Afghanistan And Iran Are Pretty Serious About Chahbahar, Investment Summit Lined Up To Promote Port 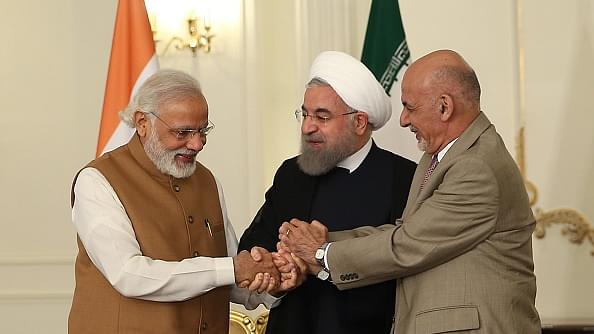 India, Afghanistan and Iran are pushing ahead with the Chahbahar Port project, with New Delhi planning to host a global investors’ summit in the next two months to raise awareness about its potential economic benefits to the region.

The decision was taken during a meeting between top officials from India, Afghanistan and Iran in New Delhi. It was hosted by Transport Minister Nitin Gadkari and attended by his counterparts Abbas Akhoundi of Iran and Mohamadullah Batash of Afghanistan.

This follows the signing of a key connectivity pact, aimed at opening up an alternative route to world markets for Afghanistan other than relying on Pakistan.

“The main aim of the conference that India could host is to sensitise the countries in the region of the investment potential in Chahbahar as well as the free trade zone coming up next to the port,” a source confirmed.

Prime Minister Narendra Modi signed the trilateral Chahbahar Treaty in Tehran in May, along with representatives from Iran and Afghanistan. It aims to create a free-trade corridor of road and rail networks from the Chahbahar Port in Iran to Afghanistan.

The Chahbahar Port is Iran’s only port with direct access to the ocean and will be developed by India for $500 million.

Meanwhile, the move by the three countries to move quickly on Chahbahar comes after Kabul last month threatened to shut the Afghan transit route for Pakistani exports to central Asia if Islamabad does not allow Afghan traders to use Lahore’s Wagah border for trade with India.

The comments came after Pakistan refused to allow India to send 170,000 tonnes of wheat to Afghanistan.

There were also talks of creating an “air corridor” between India and Afghanistan for aircraft ferrying Afghan produce like fruits. Kabul is completely dependent on Karachi port for its exports.

“We are certainly looking at making this formal — an air corridor between our businesses and India,” Afghanistan’s Ambassador to India, Shaida Abdali, said.