India China Talks On NSG: New Delhi Hopeful Of Its Entry But Beijing Refuses To Relent 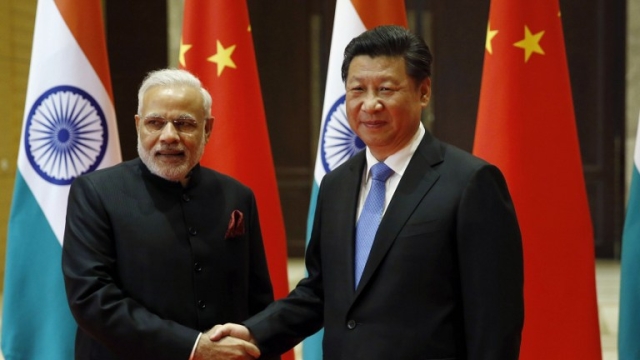 This week China and India talked about issues of mutual interest in the area of  non-proliferation with a focus on India’s entry into the 48-member Nuclear Suppliers Group (NSG).

India has called its NSG membership a priority, even as it continued to battle China’s rigid stance over the accession of any non-NPT (nuclear non-proliferation) country into the elite nuclear club.

India reiterated its nuke position in reply to China’s announcement that it is yet to take a stand on the long-drawn issue at the end of the first round of talks between the two countries. While India termed the meeting “a substantive and pragmatic exchange on the issue of NSG membership” China was restrained with a statement that kept India guessing as usual.

Here are some of the outcomes of the meeting in the words of India’s Ministry of External Affairs (MEA) spokesperson Vikas Swarup, and China’s Foreign Ministry spokesman, Hua Chunying.

“The two sides have had a substantive and pragmatic exchange on the issue of NSG membership, which is a priority for India because of our plans for civil nuclear energy. On certain issues such as development and clean energy, there should not be differences between the two sides.... The exchange was useful in enhancing understanding of each other’s perspective and will be continued...” said Swarup.

He also added that this meeting showed the whole world that India and China approach these issues with strategic maturity.

Asked about China’s argument that energy issue is no longer a bilateral matter between it and India, Swarup said there is a strong bilateral dimension. “That is why we had this dialogue. The understanding of the two sides is that this is both a bilateral and a multilateral issue. There is no contradiction.”

Chunying said India and China are “yet to agree on accession of any specific member into the group”. The second round of talks may be held in October in Beijing.