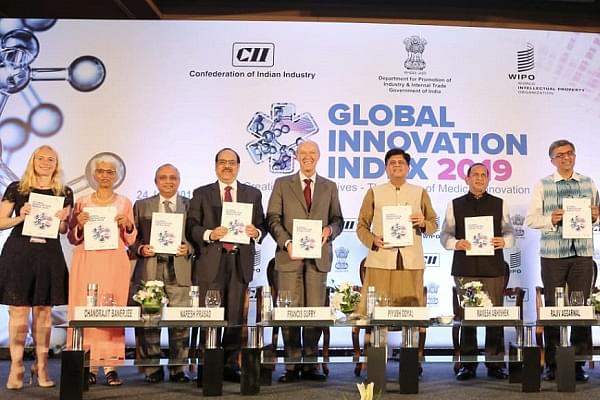 India has jumped five spots in the 2019 edition of the Global Innovation Index (GII) rankings, which were released by Commerce and Industry Minister Piyush Goyal in New Delhi, to be ranked 52nd among 129 countries, reports The New Indian Express.

Each year, the comprehensive rankings measuring the state of innovation in countries across the world are published in a collaborative effort between Cornell University, INSEAD, GII Knowledge Partners and the UN World Intellectual Property Organisation (WIPO).

Among the 80 different indicators which are taken into consideration to come up with the rankings, are intellectual property filing rates, scientific and technical publications, education spending, and other criteria.

Switzerland has again maintained its number one position in this year’s rankings; other notable names among the top ten are Sweden, the US, the UK, Finland, Israel, the Netherlands, and others.

Goyal took to Twitter to praise Prime Minister Narendra Modi’s leadership for leading the country in the direction of innovation and creativity.