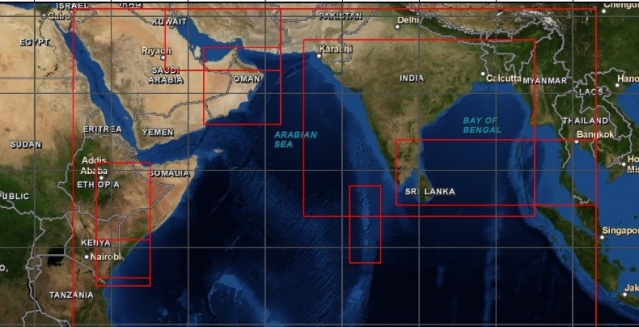 The Indian National Centre for Ocean Information Services (INCOIS) under the Ministry of Earth Sciences (MoES) has developed a a model to predict how far sea water can travel after it violated its natural boundaries, thus allowing predictions of how far a tsunami could travel inland, reports PTI. The model would be able to allow the government and emergency services reduce destruction of lives and property caused by tsunami waves.

The new system would act as a Level-3 warning system under India’s Tsunami Early Warning System which was set up following the deadly 2004 Indian Ocean tsunami. Level-1 tracks the magnitude of a tsunami and while Level-2 predicts the potential wave height.

The 2004 tsunami was triggered by a 9.1 magnitude earthquake off the Indonesian coast near Banda Aceh that claimed over 200,000 lives in South Asia with waves travelling as far as Kenya and Nairobi in Eastern Africa. Waves measuring heights of over 30 metres were reported to hit coast at several locations.

But we were not able to tell how much will it inundate the coast. We developed a model on sea surge that helped in predicting the penetration of waves on the land. The same model will now be used for this purpose.

The new model will be able to give out location-specific alerts. The INCOIS had last month issued warnings after high-energy waves were reported following cyclonic activity in the Atlantic ocean off the coast of Africa that hit the Indian coast.

The services will likely be available by the year-end. However, in order for India to be effectively use the data to assist other nations as it did during the 2004 tsunami, it would need to do a detailed topographical study of their coastal areas which is being developed under the Regional Integrated Multi-hazard Early Warning System (RIMES).

The RIMES council consists of heads of National Meteorological and Hydrological Services and national scientific and technical agencies in the region and is currently being chaired by India.