India Doubled Solar Power Capacity In 2016-17, But Still Missed Target For Year By 54 Per Cent 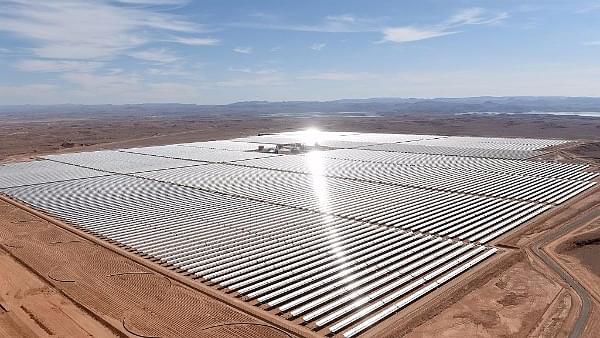 An aerial view of the solar mirrors at the Noor 1 Concentrated Solar Power (CSP) plant, outside the central Moroccan town of Ouarzazate (FADEL SENNA/AFP/Getty Images)

The addition took India’s cumulative solar power capacity to 12,289 megawatts as of March 2017. This itself is an increase of 82 per cent over the previous year.

In addition to this, as per this report in PV Tech, India is set add nearly 10 GW of solar power capacity in the current year. If achieved, this would mean an increase of nearly 130 per cent as compared to the previous year. In this process, the southern states of Karnataka, Telangana, and Andhra Pradesh are set to dominate with majority of the installations.