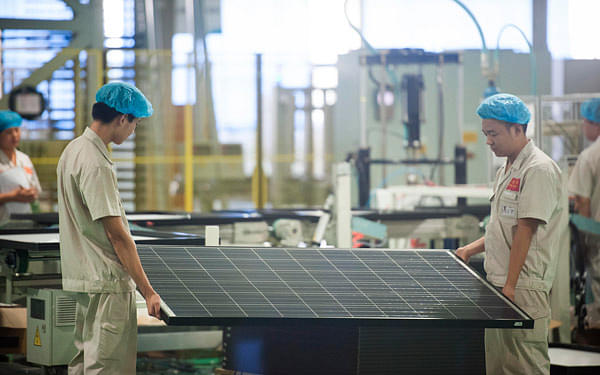 India’s Ministry of Commerce and Industry has initiated an anti-dumping investigation against solar cell imports from China.

The United States and the European Union have imposed anti-dumping tariffs on imports from China. Under the World Trade Organization (WTO) rules, a member is allowed to take actions to protect the domestic industry from a jump in imports.

About $3.2 billion worth of solar equipment was imported in India in the fiscal year 2016-17, 36 per cent more than the corresponding period last year. Of this, 88 per cent came from China and reportedly caused a 29 per cent drop in module prices in annual terms.

“On finding prima facie that evidence of dumping of the subject goods originating in or exported from the subject countries (China, Malaysia and Taiwan), injury to the domestic industry and a casual link between the said dumping and injury exists to justify an initiation of anti-dumping investigation,” the Directorate General of Anti-Dumping and Allied Duties said.

In February, China had launched anti-dumping investigation against some Indian manufacturers of chemical product used in dyes and pharmaceutical.