India Lockdown: 39-Year-Old Man Walking From Delhi To MP Dies In Agra After Being On Road For Over 200 KMs 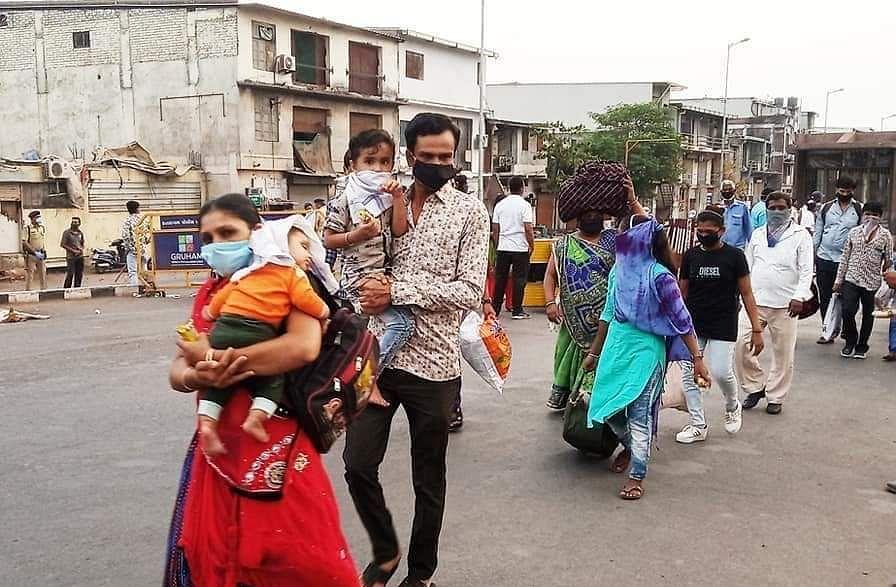 Migrant labourers walking all the way to their villages. (Representative Image) (Source: Twitter/@idesibanda)

A 39-year-old man, who had walked almost 200 kilometres from Delhi to reach his home in Morena in Madhya Pradesh, collapsed and died in Agra on Saturday (28 March).

The man, identified as Ranveer Singh, worked as home delivery boy for a private restaurant in the national capital.

According to police, the victim collapsed near Kailash turning of the national highway-2, after which a local hardware store owner Sanjay Gupta rushed to the victim.

Sikandra station house officer (SHO) Arvind Kumar, said, ''Gupta made the victim lie on a carpet and offered tea and biscuit. The victim complained about chest pain and also called his brother-in-law Arvind Singh over phone to share his health condition. At around 6:30pm, the victim passed away and the local police was informed."

Ranveer had left for his native village on Friday morning on foot. It is likely that exhaustion of 200-km walk might have caused chest pain.

The SHO said, "On the entire NH-2 stretch, UP policemen are present with food packets and water for such persons but Ranveer's death is unfortunate."

After the death, policemen took the victim's body for post-mortem. The autopsy report is yet to be released.

According to information available, Ranveer was working in Delhi's Tughlakabad for the past three-years. He is survived by three children including two daughters. He belongs to a family of farmers and was the main bread winner for his family.

His family has been brought to Agra to take the body back to their village for the last rites.