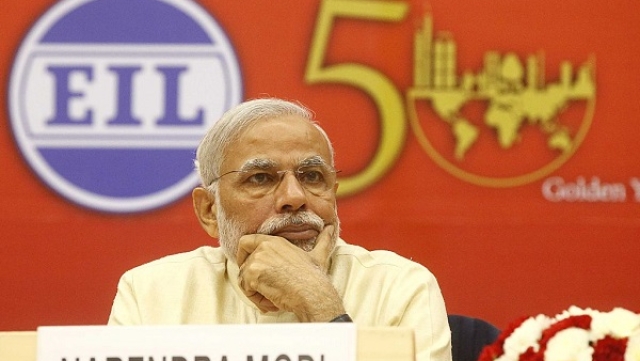 India is now the second largest consumer of liquefied petroleum gas (LPG) in the world and the number of active LPG consumers has grown from 14.8 crore in 2014-15 to 22.4 crore in 2017-18, registering a compounded annual growth rate (CAGR) of 15 per cent, reports Economic Times (ET).

This substantial growth in LPG consumption has been attributed to the successful implementation of NDA government’s Pradhan Mantri Ujjwala Yojana (PMUY). Under the scheme, cooking gas (LPG) connections were given to poor free of cost. Approximately, over 6.31 crore new connections have been added since PM Modi launched it in May 2016.

"Rapid increase in population combined with LPG penetration in rural areas has resulted in an average growth of 8.4 per cent in LPG consumption, making India the second largest consumer of LPG in the world at 22.5 million tonnes. As per (oil) ministry's projections and forecasts, LPG consumption is expected to grow to 30.3 million tonnes by 2025 and 40.6 million tonnes by 2040," said Oil Secretary M M Kutty on the sidelines of Asia LPG Summit held in Delhi on Tuesday (5 January).

Noting that LPG coverage in the country now stands close to 90 per cent, rising from about 55 per cent in 2014, Kutty added, “We are confident of meeting our target of 8 crore connections in the pursuit of tackling health and environmental problems and driving social change through women empowerment."

China is the world’s largest consumer of LPG.