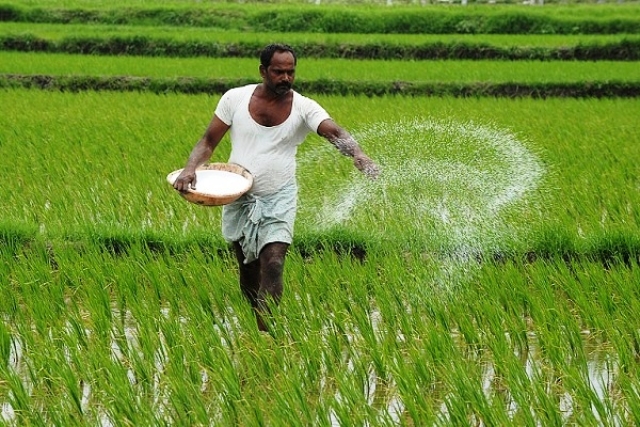 A farmer sprinkles pesticides in his field.

The nation is set to record an all-time high food output totalling 292 million tonnes (mt) in 2019-20 fiscal, which would be higher than the previous fiscal's 285.21 mt, reports Hindu Businessline.

As per the second advance estimates of foodgrains production released by the Ministry of Agriculture & Farmer's Welfare, the surge in national food output is being led by a record harvest of both rice and wheat in the ongoing year.

Meanwhile, it should be noted that the production of all the three major oilseeds, namely soyabean, mustard and groundnut, have registered a cumulative growth rate of 8.6 per cent, surging from a production of 31.52 mt in 2018-19 to a total of 34.2 mt in the ongoing year.

Among the oilseeds, the production of groundnut is expected to register major gain, with the production figure likely to surge from 6.73 mt in 2018-19 to 8.24 mt in the ongoing year.

Similarly, the production of coarse cereals is also projected to register a surge of 5 per cent led by a bumper production of jowar and maize. Jowar output is set to jump up by nearly one mt to 4.38 mt and the maize output is expected to surpass 28 mt.