India Sets Up Screening, Testing Centres Along Myanmar And Bangladesh Borders To Combat The Threat Of Coronavirus 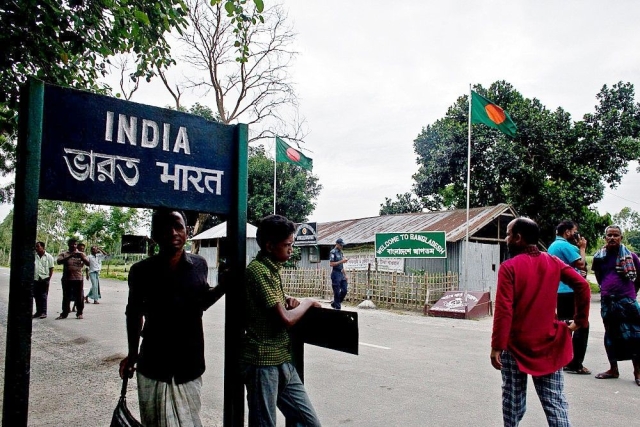 To combat the threat of novel coronavirus, Indian authorities have set up screening and testing centres along the borders with Myanmar and Bangladesh, officials said on Wednesday (5 January).

The Airport Authority of India (AAI), with the state governments, has also set up similar screening and testing counters at most of the airports of northeast India.

An official of Mizoram Health and Family Welfare Department said in Aizawl that a medical team comprising doctors and health staff since Tuesday (4 January) are conducting medical check-up at Zokhawthar (an India-Myanmar border checkpost in Champhai district) for the travellers across the borders based on their health status and travel history.

Officials from the district administration are also posted in the border screening and testing centers. The official said that on the opposite side of the border, the Myanmar government too since 27 January has been conducting medical screening of the people who are moving across the borders.

Officials in Imphal said the Manipur Health and Family Welfare Department had deployed medical officers along India-Myanmar border towns of Moreh and Behiang to screen all people -- both foreigners and Indians -- entering India after travelling from China or any other neighboring countries.

"The Myanmar government has also been conducting the screening of tourists and other travelers for coronavirus-like symptoms at all the bordering states' entrance and check posts," the official stated.

Screening and testing centers are now also operational in the checkposts along India-Bangladesh borders with Tripura, Meghalaya and Mizoram.

Officials in Mizoram capital Aizawl said two people, who had returned to the state from China early January, have been kept under house quarantine in view of the outbreak of the deadly coronavirus in the neighbouring country.

An official of Mizoram Health Department said though both the persons did not show any sign of being infected with the virus and both of them tested negative for the deadly virus, they were put under house quarantine as a precautionary measure.

AAI Regional Executive Director (NER) Sanjeev Jindal said the Lokopriya Gopinath Bordoloi International Airport in Guwahati is the only airport in the northeast region from where the international flight operations took place for Singapore and Bhutan.

He told IANS that following the standard operating procedure (SOP) received from the Central government, a special screening, testing and checking counter with the help of the Assam government has been functioning at the Guwahati airport since last week.