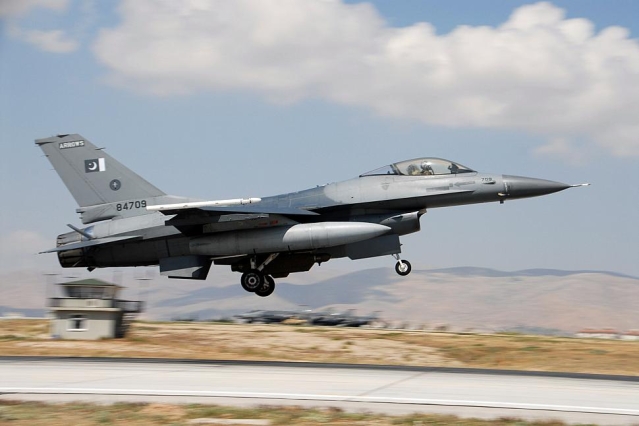 F-16 of the Pakistan Air Force.

The Indian armed forces in a retaliatory action has shot down a Pakistani F-16 jet which had violated the Indian air space, ANI has reported.

As per the report, it appears that the jet was fleeing back into the Pakistani air space and finally went down in Pakistan Occupied Kashmir’s (POK) Lam valley. The pilot appears to have ejected as a parachute was visible soon after the strike.

It was earlier reported that three Pakistani Air Force jets has attempted to violate the LoC but were chased by am Indian combat air patrol team of Sukhoi SU-30s.

Some other reports though have claimed that the jets managed to crossed the Nowshera in Rajouri and even dropped a payload.

Reports have claimed that a team of 12 Mirage 2000 jets of the IAF dropped six bombs on the terror camp. This action has been hailed by many including former army chief General Bikram Singh who called it Surgical Strike 2.