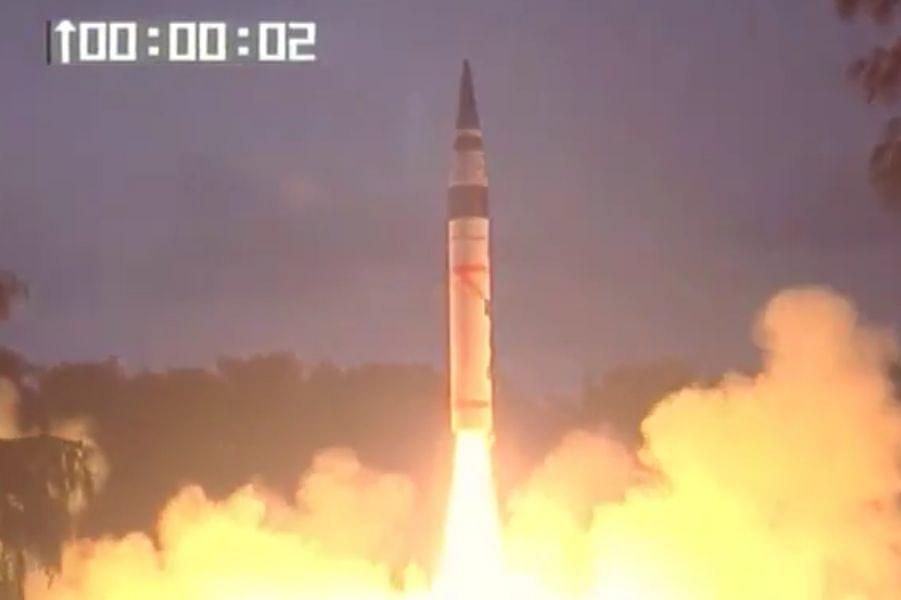 According to the report, the missile, which has been developed indigenously and boasts a strike range of 5,000 km, was launched at 1.30 pm from the integrated strike range (ITR) in Bhadrak district, Odisha.

This was the seventh trial of the advanced nuclear capable missile which is expected to be soon inducted into India’s strategic forces command. The sixth trial of the missile was carried out earlier in June this year from a mobile launcher.

Agni-5, which can carry 1.5 tonnes of nuclear warheads, is a three stage missile with a length of 17 metre and width of two metre.

"It was a user associated trial and strategic force command with DRDO scientists who conducted it," defence ministry sources were quoted in the report as saying.

Agni missile, unlike the other missiles of its series, is the most advanced with latest technologies in terms of navigation, guidance, warhead and engine.