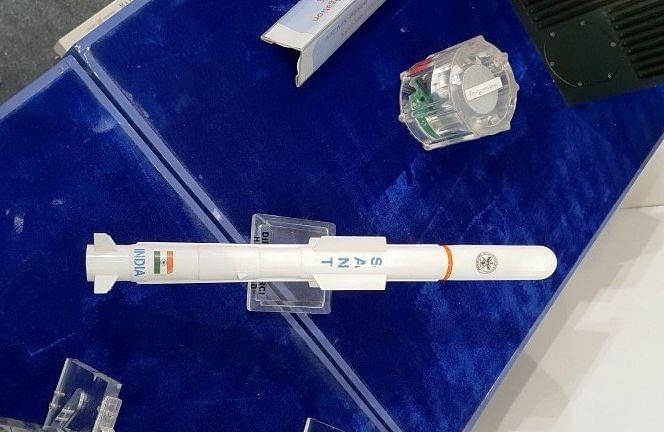 A model of SANT missile. (@Amitraaz/Twitter)

India has successfully test-fired Stand-off Anti-tank (SANT) missile from a roof-top launcher at the Integrated Test Range (ITR) off the coast of Odisha, reports New Indian Express. The test was conducted on 19 October.

Developed by the Defence Research and Development Organisation (DRDO) for the Indian Air Force (IAF), the surface-to-air missile boasts of both, Lock-on After Launch and Lock-on Before Launch capabilities.

SANT missile is an upgraded version of the Helicopter Launched Nag (HeliNa) missile, equipped with an advanced node-mounted seeker.

The missile met all the mission parameters during the test.

The designated static target was hit with high accuracy.

The missile has a range of 12 kilometers.

This is the twelfth missile test India has conducted in the last 45 days.

These tests have been conducted amid worsening tensions in Ladakh.

After multiple rounds of talks at the military and diplomatic levels, the two countries are still far from resolving the conflict in eastern Ladakh.