India To Move Away From Rigid Streams In School Education Under New National Education Policy: Highlights 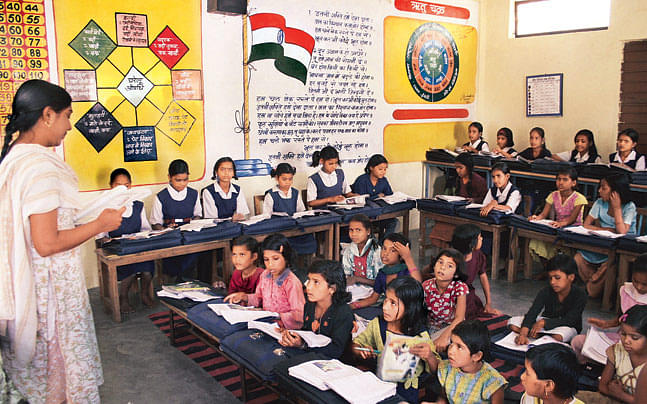 Students at a classroom in government-run school. (Image for representation)

Union Ministers Ramesh Pokhriyal 'Nishank' and Prakash Javadekar along with secretaries at the HRD Ministry made public the reforms undertaken in the NEP.

Under the new NEP, the pre-primary education will be universalised for children between three and six years of age by 2025. To achieve the target, the Secretary informed, an activity and learning based curriculum will be designed by the National Council of Educational Research and Training (NCERT).

Karwal said a national mission will be setup to help achieve the goal of providing foundational literacy and numeracy for the students from six to nine years of age, till class 3.

Bringing significant changes in the curricular and pedagogical structure of the school education, the NEP seeks to implement a new 5+3+3+4 system instead of the existing 10+2 format in the school education. In this, first five years are divided between three years of pre-primary learning as mentioned above and two years grades i.e class 1 and 2.

The final four years, from class 9 to 12, will be known as High Stage or secondary education, with no rigid separation between arts and science. The curriculum in this stage will be a multi-disciplinary one as students will be allowed to choose subjects of their choice without barriers of streams, said the Secretary.

"If a student wishes to study Fashion Studies along with Physics or learn baking along with Chemistry, it will be permitted," said Karwal.

The new Policy also has an objective of making education accessible to all children in the country from three to 18 years of age by the year 2030, under its programme of compulsory school education.

The new National Education Policy will replace the existing National Policy on Education which was originally formulated in 1986 and last modified in 1992.

A committee led by former ISRO chief K Kasturirangan had drafted the policy and submitted it to HRD Minister 'Nishank' after he took charge in 2019.