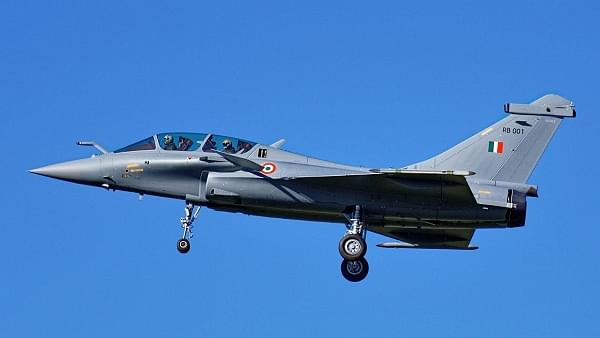 The chief of Indian Air Force (IAF) Air Chief Marshal RKS Bhadauria on Friday (4 October) said the first Rafale fighter jets will be seen in Indian skies only by the end of May 2020.

Bhaduaria was addressing a press conference here ahead of the IAF Day that will be observed on 8 October.

Responding to a query by IANS, Bhadauria said that India will receive the first four of the 36 Rafale fighter jets by May 2020.

"By May 2020, we will be receiving four Rafale fighter jets. It will be only then that we will see the aircraft in the Indian skies. The advantage of getting the Rafale in May next year will be that our pilots will be substantially trained by then," said Bhadauria.

Defence Minister Rajnath Singh will be receiving the first Rafale fighter aircraft in France on 8 October when he is also scheduled to fly a sortie on a two-seater trainer version.

"A pre-delivery inspection team was in France last month to complete the handover formalities. That was when the documentation took place and the aircraft was 'technically accepted' by the IAF. It will be formally handed over to the defence minister next week," added Bhadauria.

He also said that there are no separate plans to acquire another 36 Rafale jets in a separate bid. India is planning to acquire 114 fighter jets to make up for its depleting strength of fighter aircraft.

"There are no plans to acquire 36 more Rafale jets separately. The RFI for 114 aircraft has already been received. We have started the process for AON," he said.

The initials of the air chief RB-01 have been imprinted on the tail fin of the first Rafale jet that India is set to receive in honour of the key role that he played in the negotiations on behalf of India.

The IAF will be phasing out its ageing fleet of MiG 21s later this year.