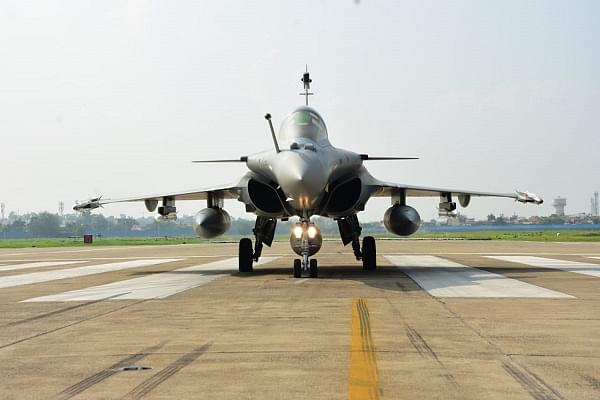 Indian Air Force's (IAF) newly inducted Rafale fighter jets will make their first public appearance on 8 October by flying over New Delhi as part of a flypast on IAF day.

IAF Rafales to make their first scheduled public appearance on October 8 as part of the #AirForceDay flypast over the national capital. (Photo/@VishalJolapara) pic.twitter.com/tc8TARmccf

The first five Rafale fighter jets were officially inducted into the Indian Air Force on 10 September.

The Rafales have jets have started flying in the skies over Ladakh amidst the ongoing volatile situation along the Line of Actual Control (LAC) with China.

The jets have flown several day and night sorties in various terrains, including the mountains over Himachal Pradesh.

IAF Chief RKS Bhadauri while speaking at the induction ceremony had said that the jets are ready to deliver and have carried out lots of weapon firing, "IAF Rafale jets are good to go and deliver. Squadron busy and on overdrive to operationalise. Lots of integrated training with our other fleets and weapons firing has taken place".