Indian Army Adopts E-Vehicles; Introduces E-Cars For Use Of Top Officials In Delhi 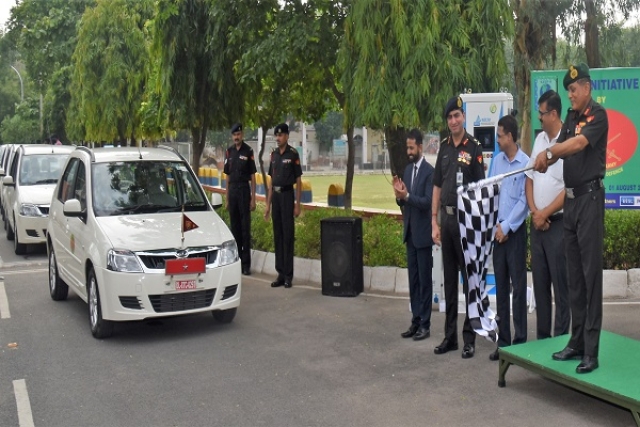 The Indian Army on Thursday (1 August) launched an ecological initiative with employing electric cars (E-cars) for use of its officials in the national capital, reports Jagran.

The initiative was launched by the Army in partnership with Energy Efficiency Services Limited (EECL), a joint venture of Central Public Sector Undertakings (PSUs) under the Ministry of Power.

According to an official statement, the plan to deploy E-cars was visualised on World Environment Day and the first lot of such cars for Indian Army was flagged off on 1 August.

“Army plans to operate the first batch of 10 E-Cars as a pilot project and develop further on this initiative and increase the number of E Cars in Delhi to ensure economy, efficiency and minimal emissions,” said the statement.

Indian Army’s initiative in encouraging these electric vehicles is expected to boost further development of this technology and its adoption for the general public in near future.

Indian Army has always been at the forefront of environmental initiatives. It has a large number of Territorial Army Battalions (ECO) which have done a yeoman service in environmental protection activities such as forestation, said the statement.