Indian Army Busts Pakistan’s Plan: Intruders Armed With Explosives Neutralised At LoC Amid Heavy Fire From Other Side 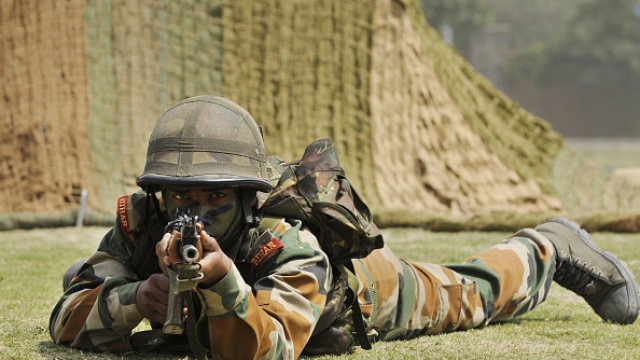 The Indian Army has busted an attempt by a Pakistan Border Action Team (BAT) to strike at a post along the Line of Control (LoC) in Kashmir's Naugam sector, reports India Today.

A fire-fight, started by Pakistan, met with strong retaliation from the Army and continued the whole night. Two Pakistan soldiers have reportedly been killed.

The intruders, suspected to be Pakistan Army men, were assisted by heavy fire from Pakistani posts, from high-calibre weapons like mortars and rocket launchers, India Today quoted an statement issued by Army.

The intruders, according to the Army, wore combat dresses like Pakistani regulars and carried stores with Pakistani markings. Some were disguised as Indian Border Security Force (BSF), and some donned the old-pattern Indian Army dresses. They were carrying improvised explosive device (IEDs), flammable materials, explosives and a plethora of arms and ammunition.

Army search operations have, however, confirmed the elimination of two likely Pakistan soldiers and the recovery of a large cache of warlike stores. A few escaped across the LoC, "taking advantage of the Pakistani firing and adverse weather and visibility conditions"

Army authorities have applauded the courage and perseverance of the alert troops." The Indian Army's resolve to keep a strict vigil along the LoC and defeat all such nefarious designs of Pakistan will continue to remain firm and consistent." said the Indian Army statement.