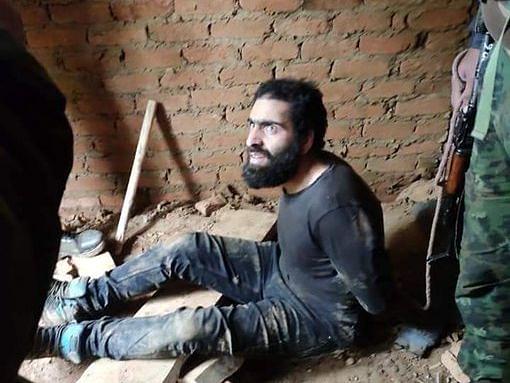 Indian Army and Jammu and Kashmir police in a joint operation on Tuesday (5 May) have arrested an over ground worker (OGW) of terror outfit Hizbul Mujahideen from Doda in the Union Territory (UT).

The forces also recovered ammunition including one Chinese pistol, a wireless set and 10 round bullets from him, news agency ANI reported Senior Superintendent of Police (SSP), Doda.

In a joint operation by police and Army, one over ground worker of Hizbul Mujahideen arrested; one Chinese pistol and 10 rounds recovered: SSP Doda, Jammu and Kashmir

The OGWs are the sympathisers of terror groups who supply them information of security forces and provide them with local aid.

According to J&K Police Department's Crime Gazette, OGWs “act as eyes and ears” of the underground terrorists. They arrange hideouts, transport weapons from safe places to the areas where terror strikes are planned by the outfits.

They also do the tasks of distributing separatist literature to spread the agenda and organise hate campaigns against the security forces.

Another job that they carry out in the valley is of levelling false allegations of sacrilege, molestation, beating of people by security forces, as per the UT police department.