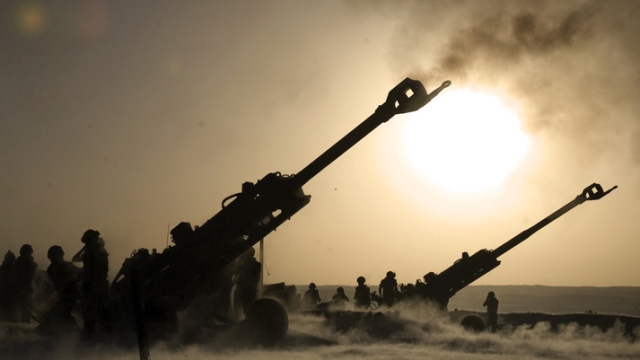 The Indian Army on Sunday (20 October) launched a major attack on terror camps situated inside Pakistan occupied Kashmir (PoK) after they tried to actively smuggle terrorists across the Line of Control (LoC), ANI has reported.

Indian Army has launched attacks on terrorist camps situated inside Pakistan occupied Kashmir (PoK) opposite the Tangdhar sector. This is in retaliation to the support provided by Pakistan Army to push terrorists into Indian territory. pic.twitter.com/yCJaBV1NXk

This offensive by the Indian Army has been launched in the Tangdhar sector as a retaliation to the Pakistani Army providing support to the terrorists in their bid to cross LoC.

The Indian Army has employed its artillery guns to target these terror camps which have been actively trying to send their jihadi recruits across the LoC.

This development comes after a major exchange of fire in this sector following a ceasefire violation by the Pakistani Army which led to the death of two Indian soldiers and a civilian.

India also inflicted heavy casualties on the Pakistani side in retaliation to this unprovoked firing.