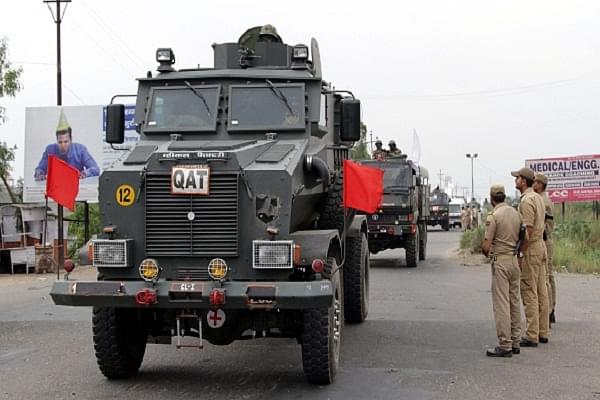 Amidst the ongoing tensions and hostilities between India and Pakistan, the Indian Army has made the decision to move the headquarters of the XVII Mountain Strike Corps, also called the Brahmastra Corps, back to its original location at Panagarh, West Bengal from Ranchi, Jharkhand, in a bid to shore up preparedness along the border with China, reports WION.

The proposal to set up the XVII Mountain Strike Corps was approved by the Cabinet Committee on Security (CCS) in 2013; the plan was to have almost 90,000 troops in the formation but progress was slow due to funding issues.

Lt Gen MM Naravane scrutinised the operational readiness of the troops at Panagarh.

“Eastern Command Army commander visited Panagarh Military Station on Wednesday. He was received by Lieutenant General P N Rao, GOC, Brahmastra Corps. The Corps which was raised at Ranchi will shortly be shifting to Panagarh. The Army Commander reviewed the security situation and operational preparedness of the formation.”

“He emphasised the need for remaining ready at all times to meet the emerging security challenges. The GOC-in-C also interacted with the troops and appreciated their continued efforts in developing the military station," a formal statement from the Eastern Command said.

The Panagarh Air Force Station is also home to a squadron of the C-130J Super Hercules transport aircraft, which can be used to paradrop the special forces.