Indian Army To Hit The Bull’s Eye: First Make In India M777 Howitzer Gun To Be Delivered By Year End 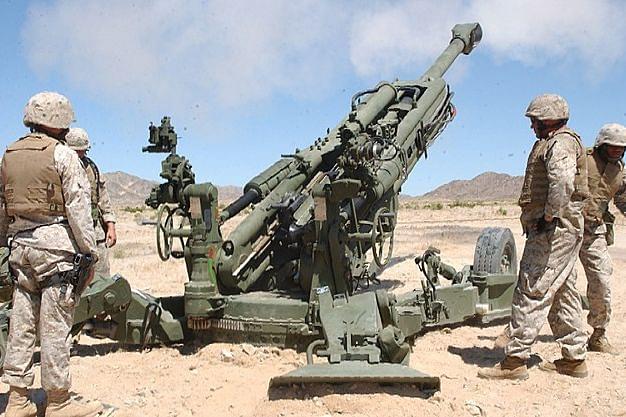 Indian army is set to get a ‘Make in India’ M777 Howitzer gun by the end of this year as Mahindra Defence will be ready to roll out the first such gun by the fourth quarter of 2019, according to a BAE systems executive, reports Financial Express.

According to the report, an order for 145 ultra-light weight Howitzer guns was placed by Indian Army with the United Kingdom-based BAE systems under the ‘Make in India’ programme.

BAE Systems, under the ‘Make in India’, has tied up with Mahindra Defence for the completion of the $750 million deal. While 25 of the 145 guns will come in a flyaway condition, the rest 120 will be assembled in India at the Mahindra Defence facility.

The report cited managing director of BAE Systems India, Nik Khanna, as saying that starting with the twenty-sixth M777, the entire assembly, integration and test of the M777 will happen in India.

“We are 1.5 years into the programme delivery of the M777s. The first 5 guns on the 145 foreign military sales have now been handed over to the Indian Army. The tie-up with Mahindra Defence is our testament to our Make in India commitment. It is a complete Assembly, Integration and Test (AIT) facility,” Khanna was quoted in the report as saying.