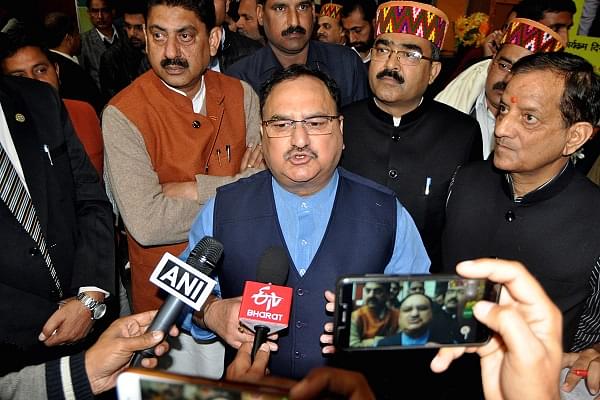 The Lok Sabha on Monday (31 December) passed the Indian Medical Council (Amendment) Bill that allows a panel of famous and qualified professionals to run the Medical Council of India (MCI), reports Indian Express.

The bill, designed to replace an ordinance issued in September, was piloted by Union Health Minister JP Nadda, who said that it vests the powers of the council in the Board of Governors (BoG). The BoG will have eminent personalities like directors of AIIMS and PGI Chandigarh and will exist till a council is constituted.

A bill is also pending in the Parliament that attempts to replace MCI with the National Medical Commission. Nadda said the government was forced to come up with the bill in light of the resignation of the oversight committee, appointed by the government on the Supreme Court’s suggestion, leading to non-functioning of MCI.

“This Bill has been issued so that medical education can be regulated in the best manner, as MCI turned out to be a massive failure,” Nadda said.

Nadda also said that report by parliamentary health panel cautioned against a complete overhaul of the medical regulatory system in the country as an attempt to do so will face huge challenges.

Due to the allegations of corruption against MCI office bearers and investigation into opaque accreditation to medical colleges, the Supreme court in May 2016 directed the government to set up an oversight committee with authority to oversee the functions of MCI until new legislation comes in.